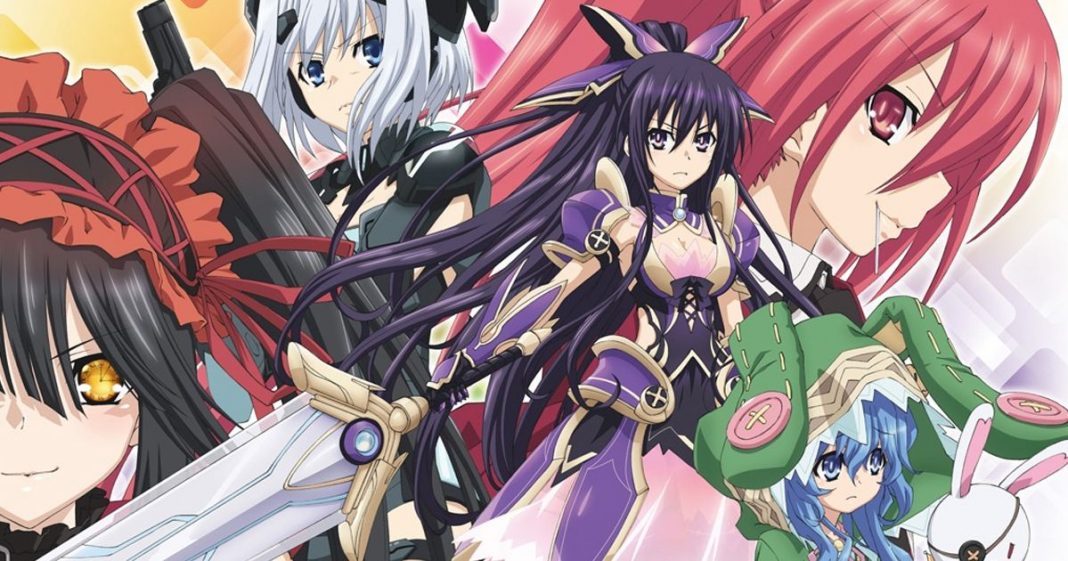 The Fans of Date A Live Season 4 can’t contain their excitements as the official leaks have confirmed that there will be a Fourth Season. The Confirmation has sent a craze wave across the fandom. Also, the fourth season will be titled “Date A Live IV.” The Anime will release in the Spring of 2021. This is not only good news for the animation studio, but also for the fans.

The Other exciting news for the Date A Live fan is an anime project in production now, which will be solely focused on Kurumi. The Date A Bullet spinoff series of Date A Live will receive its own anime show. The Manga is written and illustrated by Joushi Tachibana. The manga series Date A Live has been selling quite well. The 21st Manga volume just came out in Japan.

The creator of the anime and manga known as Joushi Tachibana is active on Twitter. So he decided to tease the fans with Date A Live Season 4, and he also gave information and confirmation that a Date A Bullet anime is in the making.

You can also read: Jujutsu Kaisen Movie- Release Date, and Everything You Need To Know!

Joushi Tachibana tweeted a picture of Nio Honjou and Mukuro Hoshimiya, which made it obvious to fans that the post was about Date A Live Season 4. Fans were praying for a Movie that will cover up two-story arcs instead of a season with one arc. You can watch the first three seasons on Crunchyroll and Funimation.

The Creators of Date A Live and the Animation studios have been pushing the release further, making them believe that there will never be a season. Five years after the Date A Live Season three was released, we announced Season 4 titled “Date A Live IV,” which will be launched and released in the Spring of 2021. Joushi Tachibana has written the novel with Tsunako as the illustrator. It will be adapted into anime for the fourth season.

On March 19th, 2020, the last volume of the Light Novels was released. There are 22 Volumes of light novels made by this duo. The Manga didn’t have such a huge impact on Japan’s manga market and was discontinued after a time.

Date a Live 10 year anniversary what a banger, why I gotta wait all year for season 4? pic.twitter.com/2dWW6oB68M

The Manga was canceled in 2012, and there is no news or announcements of the manga being back on track. That means the manga adaption is far, far behind from where the anime is right now. The publishers of the light novel series haven’t yet released an official English translated version. That’s where the community comes to help you. Fan-made translations are as good as official ones. Well, the fans actually care about each other to do this kind of stuff.

Date A Live Novel and Manga

There is quite a difference between the Date a Live Manga and the Light novel series. The Light Novel ended with 22 volumes! On March 19, 2020.

The fans stopped the fan translations in 2015, by Volume 13. You can still find 13 volumes online in English now that there are two big announcements made. Will the western media coverage make the publishers pick up a book license?

The first season was created from the data of Four Novels. The second season was made from Volumes 5 to 7. Then the Third Season was brought to life with the data from Volumes 8 to 12. For now, nobody can say if the Manga will ever return or not. Till then, you can binge on the first three amazing seasons of Date A Live on Crunchyroll and Funimation.

You can also read: Kaguya Sama Love is War Season 3

Fruits Basket Season 3: Renewal Status – Will there be a...

We Never Learn Chapter 176 Release Date, Spoilers And Where To...