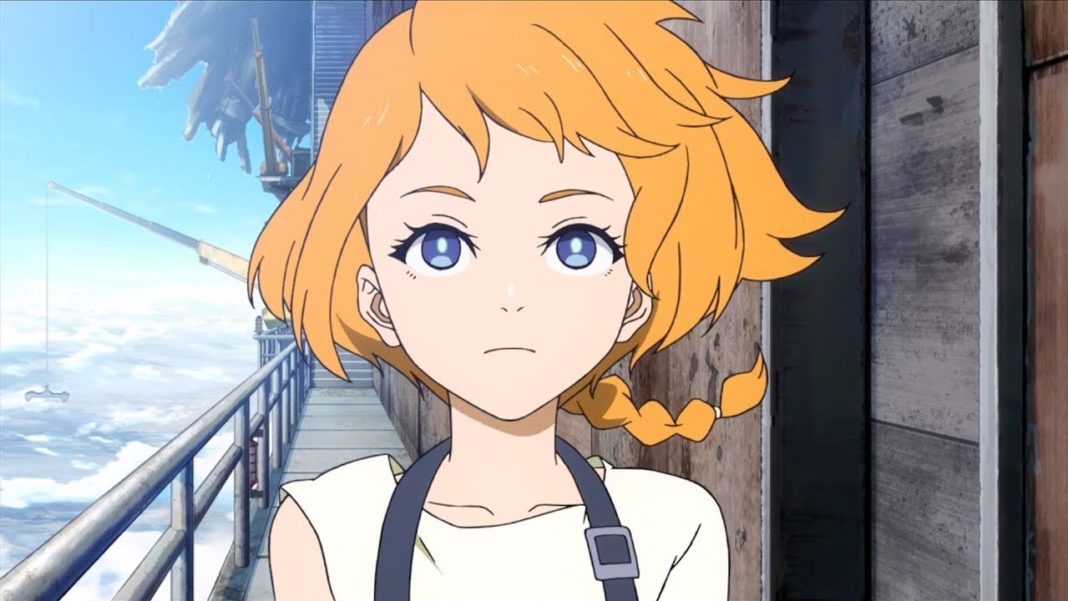 The official website for Deca Dence anime recently revealed the final release date and updates regarding the cast.

As of May 18, 2020, most of the updates regarding the anime are out! What makes us look forward to this anime is its director. Many of you might not know but the director of this series has worked on anime like Mob Psycho and Death Parade. So without any further ado, here is everything you need to know about the Deca Dence anime:

Many years have passed since humanity was driven to the brink of extinction by the sudden emergence of the unknown life forms Gadoll. Those humans that survived now dwell in a 3000 meter-high mobile fortress Deca-dence built to protect themselves from the Gadoll threat.

Denizens of Deca-dence fall into two categories: Gears, warriors who fight the Gadoll daily, and Tankers, those without the skills to fight. One day, Natsume, a Tanker girl who dreams of becoming a Gear meets surly Kaburagi, an armor repairman of Deca-dence.

This chance meeting between the seemingly two opposites, the girl with a positive attitude who never gives up on her dreams and the realist who has given up on his, will eventually shake the future course of this world.

Even though there are going to be many characters in this series, these two will be the main ones with no side character introduced so far.

Katsuyuki Konishi as Kaburagi (The voice of Laxus from Fairy Tail)

Natsume is a girl who lost her father and her right when she was a child. She decided to join Kanochikara to be a warrior in order to take her revenge against the Gadoll that took his father away from here. However, things don’t end up the way she wanted though. She works under Kaburagi, a veteran armor repairer, who was once a great warrior and now has lost his ardor to fight. But after he meets Natsume who still hasn’t given up on her dreams, he starts thinking differently.

The anime is being animated under Studio Nut.

Konomi Suzuki (No Game No Life) will be singing the opening theme song for the series.

Note: We will add the video when it’s out! Stay tuned.

The exact release date is yet to be announced, however, it has been confirmed, Deca Dence Anime Episode 1 will air in July 2020. The anime will soon announce more details regarding the air date for the show.

On May 15, 2020, the official YouTube channel for FUNimation uploaded the trailer for Deca Dence anime, check it out:

That’s what we have for now. Stay tuned for more updates on the same. Make sure to follow us on our Social media accounts.