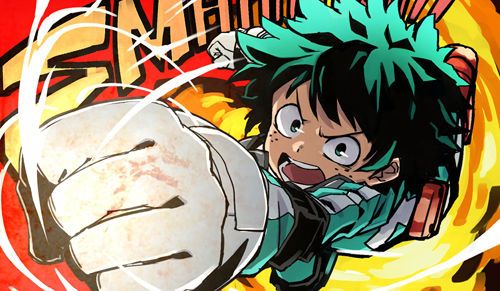 My Hero Academia quotes have helped us in various phases in our lifetime. Izuku Midoriya is one of the characters who went from being nothing to someone many of us aspire to be. His character has inspired many who may have gone through the same phase as him. The character development of Izuku has left many speechless and teary-eyed. The famous dialogues of Midoriya have given us goosebumps while watching the anime. The character has impressed us with all his moves and effort from the very beginning.

The Deku quotes have lifted us in the times we were down. Therefore, with a due understanding of the dialogue’s emotions, we have decided to bunch up all the Izuku quotes in one place. To know more, scroll down the article till the end.

1. “I can’t afford to fall behind. I’ll be going for it with everything I have.”

Izuku Midoriya has always been the character we adored since the very beginning. He had always fought the negativity around him with great spirit. He always admired the superpowers who were way stronger than him. The rage inside him to be the strongest could not be compensated for any other superpower. Therefore, this is one of the legit Deku quotes, where he went from having nothing to being our superhero.

2. Giving Help that’s not Asked for is what makes a True Hero!

Deku has admired All Might with all his devotion from the very beginning. He doesn’t expect anything in return. According to All Might, helping people without being asked is what makes one a true hero. His words have inspired Deku in most situations and have helped him overcome obstacles. Therefore, it is not a mere dialogue; this Deku quote defines his nature where he has always tried to justify himself through action.

3. Gimme Everything You Got!

Izuku Midoriya from being a quirkless dreamer to inherit the power of the best superhero. With his power, he desires to give his all to achieve his goals. He influences his opponents to give his all so that there are no regrets left behind. Deku is like most of us, who aspires to give his best even in difficult times. Thus, another Deku quote has moved us and has stimulated us to give our best.

Also read: Heartbreaking Anime Quotes That Connect With Your Life

Experiencing what it feels not to be powerful enough is what took Deku to understand the true meaning of having powers. He feels the responsibilities that come with the power. Even in real life, we have all been through a phase where nothing feels enough. When Izulu understood his true powers, he wanted to prove that he is no longer useless. This scene from My Hero Academia has given all of us goosebumps. Also, it is another Midoriya quote to have given us hope even in the darkest of times.

5. “The Deeper the Darkness, the More Dazzling the Light Shines”

Deku has experienced the true meaning of darkness. But it was admiring how he kept himself encouraged throughout the phase. The above quote describes Izuku Midoriya’s journey on how he has truly overcome the “darkness.” Since every phase in our life makes us the person we are. I believe it was the same for Deku as well. His struggles have made him the person he is now.

6. All Men are NOT Created Equal!

In life, we are not treated fairly in all times. There are times when we often question our capabilities seeing others around doing much better. The Deku quote “All men are not treated equally” is something we gradually realize though we often preach. This Deku quote is very relatable to many of us and thus one of his best quotes.

7. “I want to be Strong Enough so no one will Worry about Me.”

In the beginning, Izuku did not have the powers, and the people who cared about him wanted to protect him. But he felt helpless and didn’t want that. Therefore, once he got the taste of powers, he wanted to protect everyone. He longed to be strong enough. No one had to worry about him anymore; it is one of the Deku quotes we see him proving his words through actions.

8. I’m giving it Everything for Everyone!

Izuku Midoriya aspires to be a cool hero. He wants to smile through difficult times and people to depend on him rather than the reverse. He is ready to give his everything for everyone. This Izuku quote has motivated us as well. His aspirations were always beyond our understanding. But as a character, he has helped us understand and inspired us in many aspects.

9. Become number One without giving it All!

Izuku understands the importance of hard work. To become number one needs to show that dedication and give it all. A character like Deku knows what it takes to be a hero. He works hard enough, which is inevitable to deny. Hence he deserves to be on the top for giving his everything for his goal. This Deku quote defines his dedication and nature in general.

He respects everyone who stood as pillars in his journey. Their support has meant a lot to him since the beginning. He wants to win his battles to protect the people who rest their hopes on him. This Deku quote speaks of his dedication to his friends and others. Izuku has always had motives behind his fights, and one such is to be strong enough to protect the others around him.

11. When the Enemy Becomes certain of their Victory, that will be our Chance.

Everyone has to follow a strategy to win the wars. It is Deku who likes to win the war when his opponent is too confident of winning. This Deku quote is all about his strategy and his way of defeating his enemies.

12. “Hold your Help up High and Plunge Forward”

Izuku Midoriya always had a positive approach to life. He was once ridiculed for being powerless. But his optimistic nature is what helped him to get to a better place. This quote of Deku has always inspired us to do the same as well. Instead of looking at situations another way round.

This is all for today. For more such content, stay tuned to Spoiler Guy.

Top Hinata Shoyo Quotes That Are Badass And Motivational!

Most Popular Jujutsu Kaisen Quotes To Live By!