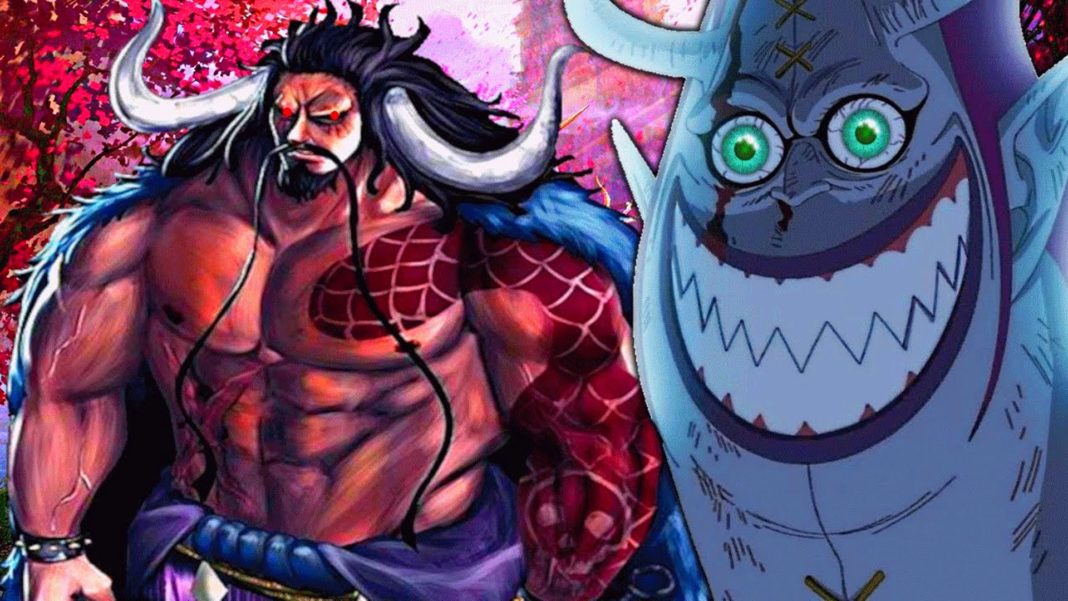 The release date for One Piece chapter 978 has been delayed due to Corona Virus Pandemic. Shonen Jump’s team revealed that as of April 8, 2020, one of their editorial department member, in their 40s was tested positive for Coronavirus.

One Piece manga recently aired its 977th chapter, and readers all around the globe are wondering, Who exactly is Kaido’s son? And you will surely get an answer to this in One Piece 978 or 979. But, you will have to wait another week, as One Piece manga is on a break.

So, before starting with One Piece Chapter 978 discussions, let us have a quick recap of the previous one:

The 977th chapter of One Piece manga was titled as, “The party’s off!!”. The chapter starts with Jinbe revealing that he arrived late as he was helping the injured Sun Pirates. Moreover, Law and the Scabbards came up with a plan to enter Onigashima, where Shishilian will be leading the Minks and Hyogoro will be leading the samurai.

The Straw Hats then take on the Beast Pirates and give them a taste of defeat in Onigashima. When the Straw Hats were celebrating Jinbe’s arrival, Luffy stops them and asks them to postpone it to the time after the war. The raid will begin in One Piece Chapter 978.

One Piece, Ch. 977: A glorious reunion is cut short when the drums of war start beating! Read it FREE from the official source! https://t.co/vn9amr2imh pic.twitter.com/T1G36OlSgV

One of the biggest reveals in the previous chapter was, Kaido revealing the fact that he has a son. There have been already loads and lots of theories on the internet regarding the same.

The chapter ends with, The Flying Six’s arrival, who have now gathered in Onigashima. The story will continue in One Piece Manga 978.

As we said, the chapter has been delayed, and while you wait for Chapter 978. Make sure you read our recent on Demon Slayer 203, Kingdom 639, and One Piece Episode 929.

The plot for this chapter might revolve around The raid will kick-off in the next chapter, will the raid be successful is still a question? Oda is well-known for unbelievable plot twists. So, who knows if another plot twist awaits.

Note this post contains spoilers from the upcoming chapters of One Piece manga. If you are not into spoilers, then you may stop reading now.

As we all know, Jinbe has arrived on the battlefield. And as per our speculations, it is a matter of time, until we see the arrival of Whitebeard pirates in One Piece manga.

The spoilers and leaks are basically the raw scans, that are being translated by the popular translators on the internet. But you may not worry, we will make sure to add the leaks and spoilers to the article, as soon as they’re out. You can put your opinions regarding One Piece Manga’s chapter 978 in the comment section below.

You can follow us on Twitter, for exclusive spoilers of your favorite manga chapter. Note that we don’t create spoilers, all the leaks and raw scans are exclusively available on the internet. More details regarding One Piece 978 will be out soon.

Moreover, it has been revealed – One Piece anime will go on a break. The reason for the hiatus is confirmed as well.

As we all know that One Piece manage is on the peak. Every fan is super eager to know more about One Piece Chapter 978 which got delayed because of the obvious reason COVID-19 (Mentioned Below). So, here we are going to do some prediction for One Piece 978-

As per our prediction, One Piece chapter 978 will reveal some information regarding Kaido’s son. If our prediction hits the bull’s eye, there is no doubt that fans will go crazy.

Furthermore, according to our prediction, Kaido’s sone will be super powerful, just like his father.

According to our next prediction, Kaido’s son and Oden son will come face to face in the upcoming chapter which is One Piece Chapter 978.

Besides this, according to the online theories- Kaido’s son will be faceless who helped Jack to fetch Caesar before. If this is true, then there are some possibilities that Kaido’s son has a solid role in the wano arc.

Will One Piece Manga Stay on Break?

No, according to the Weekly Shonen Jump, One Piece chapter 978 will be out on 26 April. But according to our sources, it is expected that One Piece manga Chapter 979 will be delayed too.

What is the reason for this delay?

Well, isn’t it Obvious? Due to COVID-19, Coronavirus pandemic. Most of our favorite anime shows and manga chapters are going to get delayed.

One Piece Anime Hiatus Confirmed! The prerecording for the upcoming episodes postponed due to COVID-19 Coronavirus Pandemic.#OnePiece pic.twitter.com/TuxGab5WC6

The One Piece is one of the most popular Japanese manga by Eiichiro Oda. The manga is being serialized in Shueisha’s Weekly Shōnen Jump since 1997. As of now, the manga has aired a total of 977 chapters. One Piece Chapter 978 will be out in a few days. One Piece recently released a movie, which got support from all the corners of the world. Here’s the trailer –

Talentless Nana Episode 1 Release Date And Where To Watch?