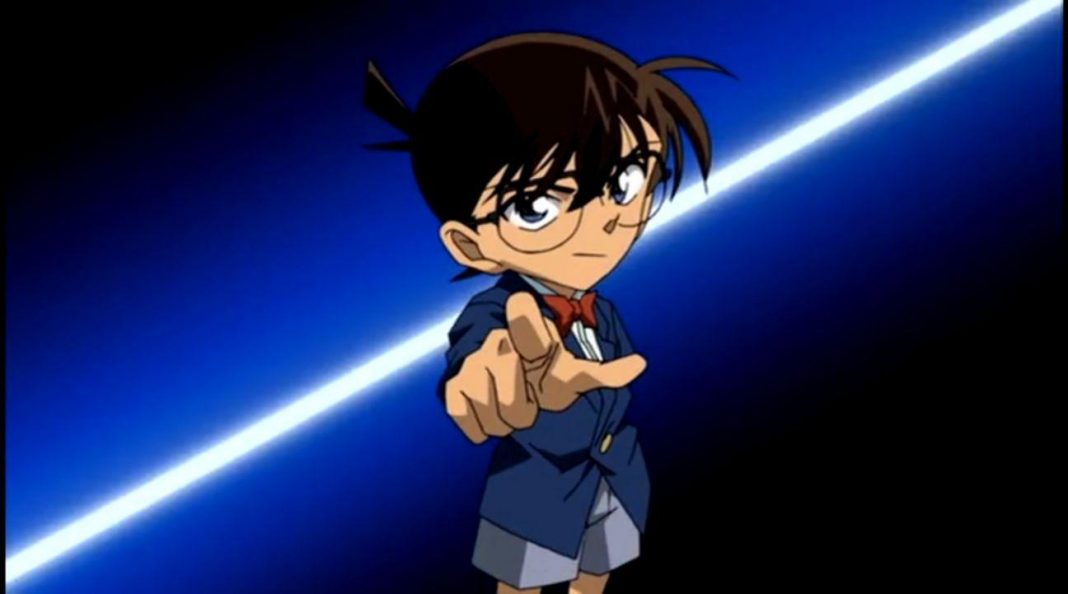 The official website of Detective Conan Anime has decided on a special treat for the fans. On Wednesday they have teased the fans with news to remake a legendary episode. The first part of the treat is the remake of a “legendary god-tier episode” for the celebration of the anime’s 1,000th episode.

Furthermore, the anime will celebrate its 25th anniversary in January. The 1000th episode will air on March 6, 2021. Moreover, it has also unveiled three visuals. The visuals consist of tiny stills from numerous episodes. It has the characters Shinichi Kudō, Kaito Kid, and Heiji Hattori. Also, a still from the upcoming legendary episode is within the released three visuals.

Also, the 24th Detective Canon film, Meitantei Conan: Hiiro no Dangan has been rescheduled for April 16, 2021. Further, TOHO has released a trailer on Wednesday. To know more click here.

Detective Conan: Hannin no Hanzawa-san is a spin-off manga series of Detective Conan. Gosho Aoyama has written the Detective Canon manga. While Mayuko Kanga is credited for the spinoff series. Further, the manga features a black silhouetted criminal. It appears in the manga representing the mysterious culprits.

The manga was first debuted in the Shonen Sunday S magazine in May 2017. Its fifth volume was shipped in December 2019 in Japan. The new chapter will release in the next issue of the magazine in December.

This was all about the upcoming anime series. Be sure to stay tuned for more updates. Also, read Best Christmas Anime to Watch in The Holidays  “This blog is written by Spoiler Guy.” Be sure to follow us on Facebook, Twitter, and Instagram for more interesting and the latest updates about anime.