Spoiler Guy
Home News Diary of Our Days at the Breakwater Manga Will Go On A... 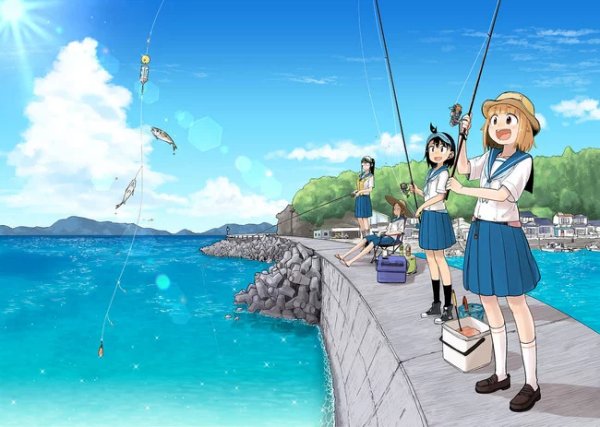 Hey there! Herewith an update on another manga. Diary of Our Day at the Breakwater manga will again go on another hiatus this December. Previously the manga went on hiatus in July due to heavy rain and flooding in southern Kyushu but resumed soon after the situation settled.

Diary of Our Day at the Breakwater

According to the December issue of Young Champion Retsu magazine, the mangaka revealed on Tuesday that the manga will go on Haitus from its next issue in December. Further, they have not specified any data as of its expected return till then stay tuned to Spoiler Guy for the latest updates.

The story follows Hina Tsurugi, a first-year student. She moves to a town by sea. She mostly likes to stay indoors and is interested in art and craft. The story takes a turn when Yuuki invites Hina to be a part of the school’s fishing club. Hina suddenly is thrown into the world of fishing and more. If the plot excites don’t forget to check it out for more.

More about the manga!

Hōkago Teibō Nisshi is the Japanese name of the manga. It is based on recreational fishing. Yasuyuki Kosaka is the writer of Diary of Our Day at the Breakwater. The manga was launched its first series in February 2017. The manga has six compiled books as of now. Its last volume was shipped on March 19. The manga has also inspired an anime television adaptation. Doga Kobo was in charge of the animation. The anime was first aired on April 7, 2020. Later it restarted broadcasting the anime on July 7 after a delay due to the pandemic. It ended in September 2020. Funimation broadcasts the anime in Japan.

This was all about the upcoming anime series. Be sure to stay tuned for more updates. Also, read Upcoming Anime 2021, Brace Yourselves!! This blog is written by Spoiler Guy. Be sure to follow us on Facebook, Twitter, and Instagram for more interesting and the latest updates about anime.