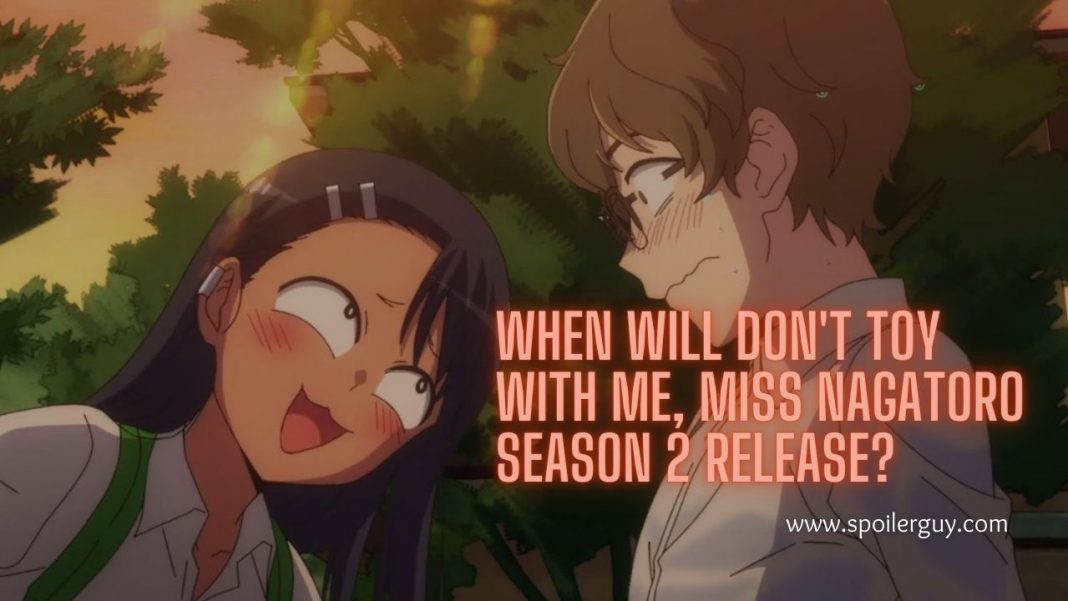 Studio Telecom Animation Film had produced in the first season. Nanashi has written and illustrated the original Japanese web manga. It was published in the Magazine pocket of Kodansha in November 2017. The first season was a huge success it had all the elements to maintain a smile in the faces of the audience.

Will miss them for sure. Such a wholesome anime. Definitely need a season 2.#nagatoro #nagatoroseason2 pic.twitter.com/DTk41oaj2A

Dont Toy With Me, Miss Nagatoro…..this adaptation was flawless. I loved every second of this anime and I hope to god there is a season 2. Omfg. Tears dude. 10/10 pic.twitter.com/unMajiUN4A

However, as the series proceeds, we see Miss Nagatoro is very serious about Naoto being bullied or hurt by anyone else than her. Not just that the presence of a senior getting closer to Naoto in the art class had also made her uncomfortable.

Though Miss Nagatoro fans are highly anticipating the next sequel to the anime series. However, Studio Telecom Animation Film, King Records, or other companies have not yet released any official information regarding the release date of Miss Nagatoro Season 2.

Considering the pandemic situation is still not under control. The anime sequel might take a lot of time before it arrives. However, we can expect it by the fall of 2022.

Where to watch Don’t Toy with Me, Miss Nagatoro Season 2?

Don’t toy with me, Miss Nagatoro Season 1 was featured in Crunchyroll, VRV, Netflix Japan (but not the U.S.A). Therefore, Ijiranaide, Nagatoro-san Season 2 is supposed to release on the same platforms.

Plot and Expectations from Don’t Toy with Me, Miss Nagatoro Season 2

The first season Of Miss Nagatoro had 12 episodes which had released on 27th June 2021. Therefore, its sequel is expected to have twelve episodes as well. The plot of Miss Nagatoro has at times been pulled to an extreme where her character had received a lot of criticism. However, with times there has been a development in their relationship.

The anime shares a lot of insecurities shared by the protagonists. Though Naoto has undergone a lot of bullying by Nagatoro. He knows that Nagatoro is a good person from within even he has to bear her bullying. When Nagatoro was sick, Naoto made sure to give her a visit out of concern. With time, we will get to know more about the depth of Nagatoro’s character and her reasons behind bullying Naoto. Or the secrets she is hiding behind her devious smile.

That’s all about Don’t toy with me, Miss Nagatoro Season 2, however, the article will be uploaded with the latest updates. Till then check out Spoilerguy.

Boku No My Hero Academia Chapter 274 Release Date And Spoilers

One Piece Chapter 1001 Release Date Delay. Where To Read One...