Spoiler Guy
Home News Don’t Toy With Me, Miss Nagatoro To Premiere In 2021! 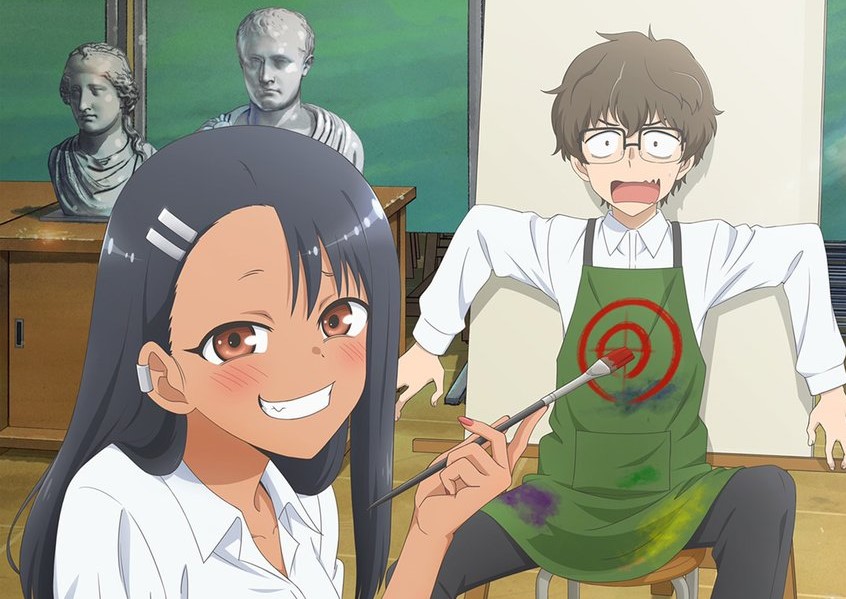 Hey heard about Miss Nagatoto’s teasing. Well, if not be prepared to be a part of it! The manga series Don’t Toy With Me, Miss Nagatoro has unveiled to release its television anime adaptation to premiere from next spring 2021. Furthermore, they have also revealed its voice actors along with a visual of Nagatoro and Senpai.

Don’t Toy With Me, Miss Nagatoro is originally a Japanese web manga series. Nanashi has written and illustrated the manga. Earlier it was posted on Pixiv dated August 16, 2011. Later the manga began serializing in the pocket magazine of Kodansha as a web manga series.

As of the voice actors of the anime “Don’t Toy With Me, Miss Nagatoro”. They are Daiki Yamashita as Senpai, Mikako Komatsu as Gamo-chan, Aina Suzuki as Yosshii, and Shiori Aizawa as Sakura. Moreover as previously announced Sumire Uesaka will playing the role of the heroine Nagatoro.

The story revolves around an introverted male student and a girl, Nagatoro. Nagatoro first observes him and then begins the job of teasing him. As the story follows her teasing becomes sardonic, well-intentioned, and flirtatious at the same time. Later as the story proceeds the male character catches on with the teasing. Interested to know more, click here to check out their official website.

For more latest updates count on Spoiler Guy. Also, don’t forget to follow us on our social media accounts.