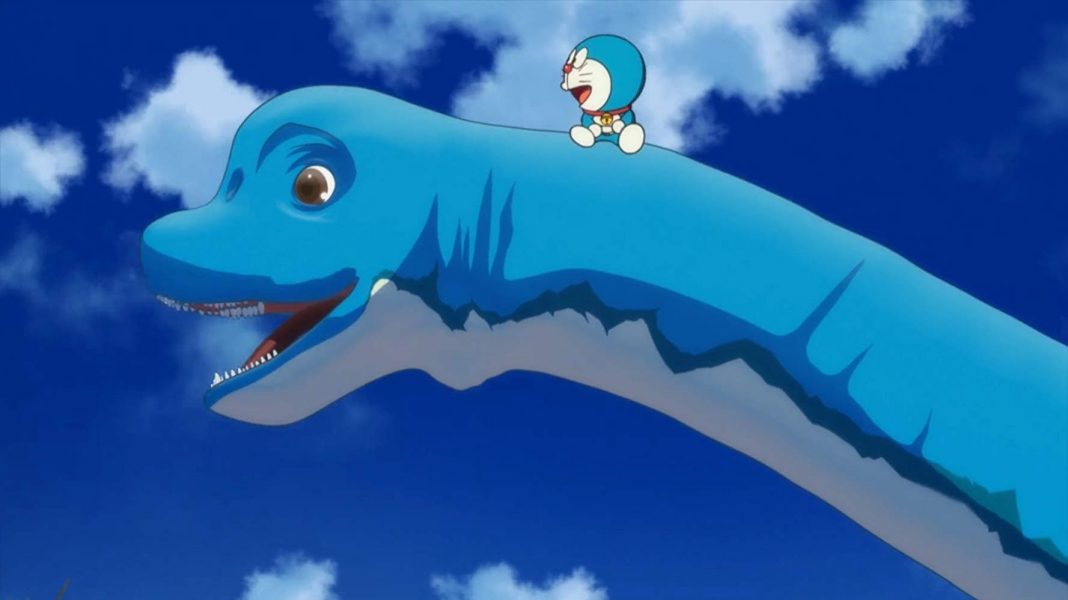 The film sold 334,000 tickets for 413 million yen (about US$3.86 million) on Saturday and Sunday. The film opened in Japan on August 7, after being postponed from its original March 6 due to coronavirus disease (COVID-19).

The film’s story begins with Nobita meeting two twin dinosaurs named Kyu and Myu. Despite the film’s similarity in title to Doraemon the Movie: Nobita’s New Dinosaur, the first film in the franchise, the story is completely different. The new film is the franchise’s 40th, and it marks the 50th anniversary of the original manga.