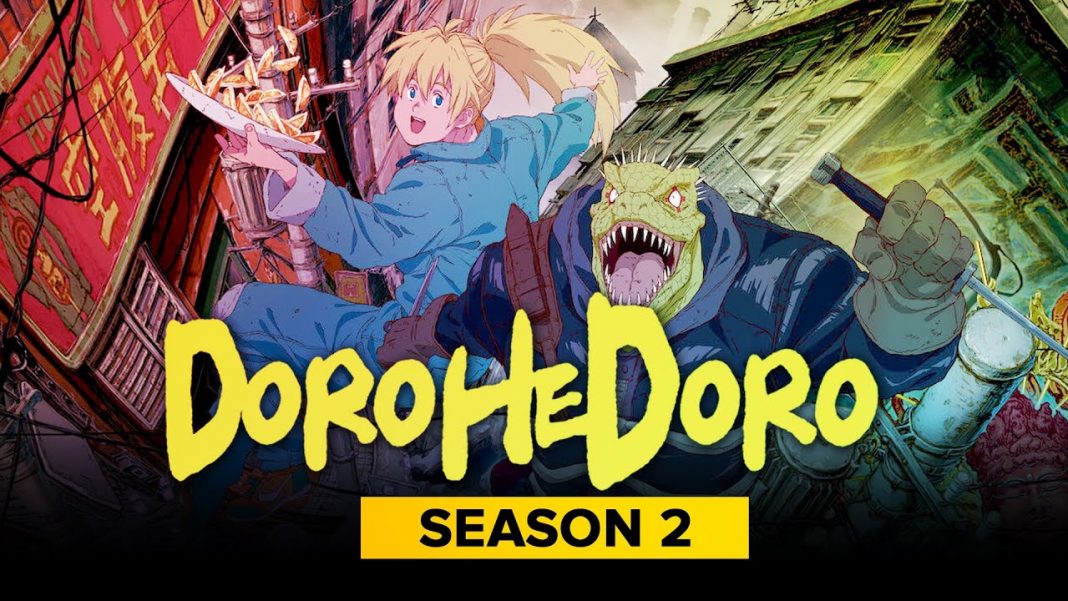 Dorehedoro is one of the most under-rated animes of modern times. The Story revolves around Caiman a Reptile head guy who was once a normal person. Caiman goes out on a quest as he can’t seem to find out how he turned into this Reptile-man. Dorehedoro is an original Netflix Anime Series, the first season was a super-hit amongst the fans. Now all the fans are waiting for Dorehedoro Season 2 as the last episode of the season left us on a cliffhanger.

The Anime Dorehedoro is animated by Mappa Studios and sponsored by Netflix. As of now, Mappa is working on Attack on Titans Season 4 and the first season of Jujutsu Kaisen. Both of them are heading towards their final episodes. Netflix hasn’t announced yet a date for the release date for Dorehedoro Season 2 but you can expect it to go into production in Late 2021.

This indicates that the Anime will be released by the start of 2022. Although in the month of June, Six episodes of Six Minutes each are going to be released on Netflix Japan, which is a kind of fan service for people who can’t wait for new episodes.

Caiman will continue his search for cross-eyes and his real identity and may also be successful to find out the truth. Caiman and his best friend Nikaido have been slaughtering Sorcerers who enter the Hole to kill humans.

Why you should watch Dorehedoro?

Just finished reading dorohedoro it was honestly one of the most thrilling/interesting manga I have read I highly recommend pic.twitter.com/Ba9RwAajNZ

If you love Anime that are different than normal Shojo or Shonen animes then Dorehedoro is the one for you. The Dorehedoro Manga was created by Q Hayashida in the year 1999. The Manga contains 23 Volumes which comes into the category of Seinen/Shonen. If you’re a Manga Reader you can read how the rest of the story unfolds on Viz Media.

The Art of Hayashida shows how bad the people living in Hole are compared to the outer world. She puts amazing levels of effort into creating the world and characters of Dorehedoro. Mappa has done an amazing job in animating the manga which keeps the weebs hooked to their screens. Recently Netflix has been investing in the Anime series and Dorehdoro is at the top with Kakegurui just behind it.

Dorehedoro has one top character design, when you meet different characters during the first season you will find out how amazing they are created. One of the most important elements of an anime is the characters, if they have catchy physical traits and supercool powers then the anime is accepted by fans.

Caiman and Nikaido’s friendship topped with Gyoza makes the anime Dorehedoro more interesting. Caiman finds out later in the series that Nikaido is also a sorcerer living in the Hole. The partnership of Shin and Noi’s over killing people who are a threat to En and the wizard world. Both of them along with Ebisu and Fujita are all out to kill Caiman who has skilled their multiple allies.

Shin who works as the cleaner of En has one of the best designs of the anime, A deadbeat hammer vigilante who just wants to rip the heads of the people who seem a threat to En’s kingdom.

The Fights in Dorehedoro are amazingly Choreographed and animated by Mappa. After Matsumara was killed by Caiman during a faceoff Fujita carries his flesh in a locket. He wants to avenge his friend by killing Caiman off, he is then partnered with Ebisu who is a weird little girl whose magic is still unknown to En. *Spoiler Alert* A Talk going around the anime community says that Ebisu is the one who has cast a spell that turned Caiman into a Reptillian Head.

As of now, we cant wait to see what the Dorehedoro Season 2 has in store for us, the first season was a hit amongst fans which increases the pressure on Mappa for Season 2. While you wait for the anime to drop the second season, read our recent on Kami no Tou Season 2.