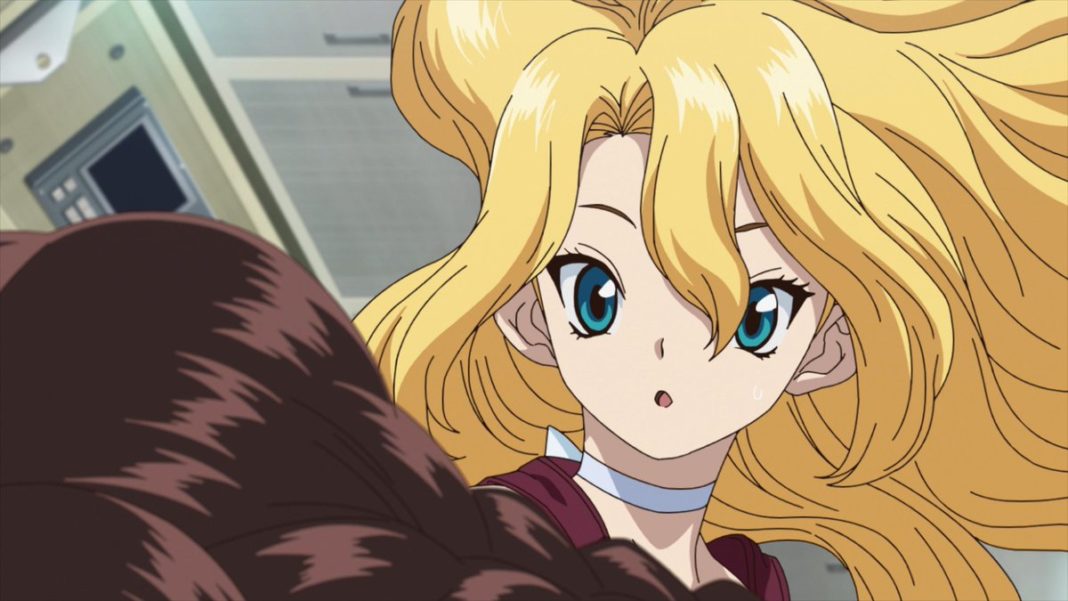 Dr. Stone is one of the most popular ongoing manga currently being published under Weekly Shonen Jump. The manga recently aired its 147th chapter, and readers are looking forward to Dr Stone Chapter 148.

The manga is currently following “The new America City” arc. In order to reach the moon, Senku, and co. needs to gather materials to build a space shuttle. They are on a journey to create new allies and gather as many details from this Stone world. With the previous chapter ending with, everyone finally making it to the American Continent. According to our sources, Dr. Stone 148 has been delayed. You can read more regarding the same at the bottom of this article.

Before starting with more details regarding Dr. Stone Chapter 148, let us have a quick recap at the previous one:

The 147th chapter of Dr. Stone manga aired on April 12, 2020. The chapter was titled, “Science Journey”. Besides this, the chapter got published in the 20th issue of Weekly Shonen Jump.

The chapter starts with Senku explaining to everyone how Viking sailors were able to navigate and how they successfully reached American 500 years prior to Columbus. Moreover, the Kingdom of Science has now acquired Sundial and an hourglass.

Later on, the Perseus is caught in the middle of a thunderstorm. Everyone is now worried about how long it’ll take to get past the storm. Suddenly, Chrome gets an idea and uses prism as an alternative to Vikings’ sunstone which results in the continuation of their journey to America.

The chapter ends with Homura and crew spotting the American shore and gazing it excitingly; “0 Days to America”.

Dr. Stone 148 will revolve around everyone finally reaching America.

The upcoming chapter is sure going to introduce something new to the series. It could either be a new friend or an enemy; It could even be completely new material. Whatever it be, one thing is sure. The manga is going to get a lot more exciting from here. The 148th chapter of Dr. Stone manga will revolve around Senku and others celebrating their arrival.

Update: Dr. Stone Manga Chapter 148 Has been delayed due to COVID-19 concerns. We advise all our readers to stay safe and follow all the guidelines by WHO.

Shōnen Jump schedule for next 3 weeks!

Jump will be on break next week due to COVID-19.
Issue 20 of Shōnen Jump will be out on 12 April.
And then the magazine will take a 1-week BREAK.
Issue 21 will be published on 26 April.

The previous chapter got out on 12th April in the 20th issue of Weekly Shounen Jump, and it was announced that the chapter is going to be delayed for 1-week – making it obvious for us. Dr. Stone Chapter 148 will air on 26 April 2020 in Weekly Shounen Jump’s 21/22 issue. Other important leaks and spoilers for this chapter will be out 2-3 days before the official release date.

The spoilers and leaks are basically the raw scans, that are being translated by the popular translators on the internet. But you may not worry, we will make sure to add the leaks and spoilers to the article, as soon as they’re out. You can put your opinions regarding Dr. Stone Manga’s chapter 148 – in the comment section below. Furthermore, the spoilers of Dr. Stone 148 are expected to release on 23rd April 2020.

You can read Dr Stone chapter 148 on Viz or on the official website of Shueisha. We highly condemn the use of streaming anime or reading manga on an unofficial illegal website. You can read more about anime streaming websites here. Here is the official trailer of Dr. Stone manga:

So, that’s all for today. Furthermore,  Make sure to follow our Social media accounts for exclusive news. Make sure to read our latest on Dr. Stone Season 2.