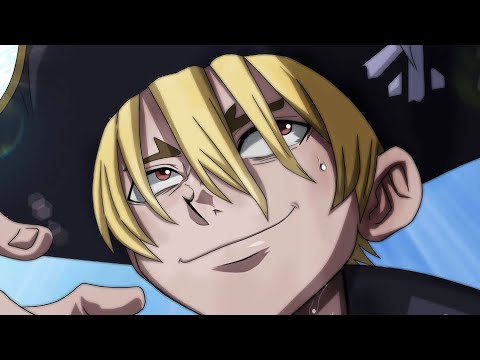 Howdy guys, In this post we are going to discuss Dr Stone Chapter 145. Besides this, this post may contain spoilers. If spoilers bother you, I suggest you stop here or skip directly to the release date section. So, let’s get started and proceed with utmost care-

In chapter 144 of Dr Stone- Senku and his party begin their journey and their first destination is towards North America which the land of corn. Ryusui and Senku got into an argument about which route to take:- The Great-Circle route or The Rumb Line route.

Senku wants to travel with the Great-Circle route, which will take them 40 days but it is difficult to operate. On the other hand, Ryusui wants to travel with the Rumb Line Route, which will take 70 days but it is easy to operate. So, they had a match of poker to decide the route. As in chapter 144, Senku wins the game which means that the ship will now take hard route but will this route bring them to America way quicker than the Rumb Line Route.

According to our sources, there is no delay in the schedule of release upcoming chapter which is Dr Stone 145. It means that Dr Stone Chapter 145 will release on 29 March 2020.

The spoilers and leaks are basically the raw scans, that are being translated by the popular translators on the internet. But you may not worry, we will make sure to add the leaks and spoilers to the article, as soon as they’re out. You can put your opinions regarding Dr Stone Manga’s chapter 145-in the comment section below. Furthermore, the spoilers of Dr Stone 145 are expected to release on 28th March 2020.

There are some chances that there is another civilization that lives or situated on the moon. And they are way more advanced than Senku could ever think. As they heading towards America, there is no doubt that they are going to face unexpected troubles in way of America. So, Dr Stone 145 will reveal how Senku and Kindom of Science will get rid these problems.

Where to read Dr Stone Chapter 145?

So, what do you think of this update regarding Dr Stone Chapter 145? Let us know your views in the comment section.