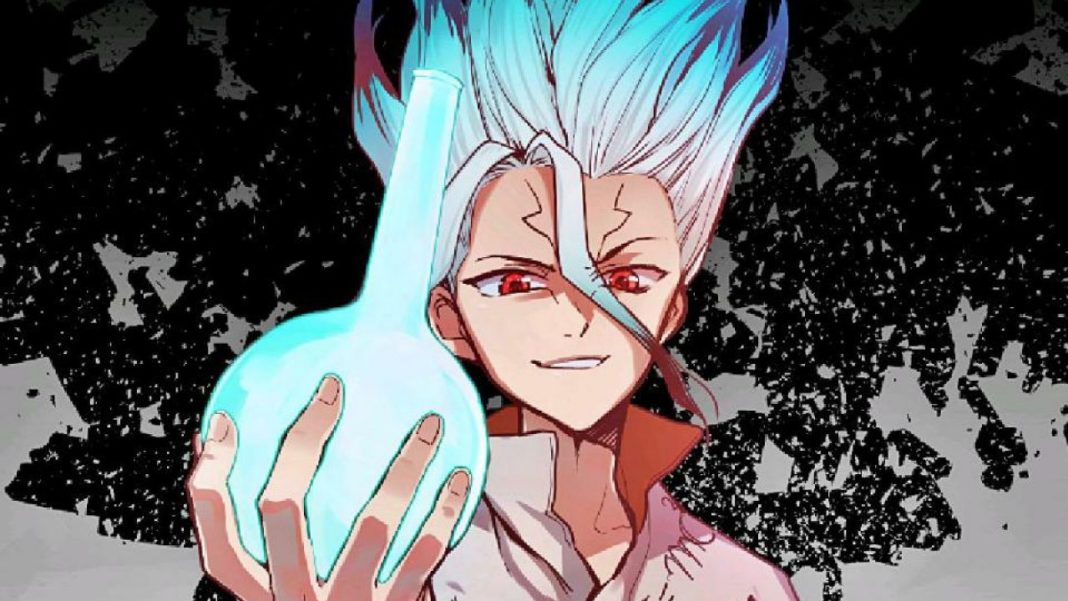 Dr. Stone is currently one of the most popular mangas. With the beginning of the recent, New America City arc; Dr. Stone manga is sure going places. The manga recently aired its 146th chapter, and readers are already looking forward to Dr Stone Chapter 147.

Before starting with the details of Dr Stone Chapter 147, let us have a quick recap at the previous one:

The 146th chapter of Dr. Stone manga aired back on April 5. The chapter was titled, “Bar Francois: Bitters”. The chapter got published into Weekly Shonen Issue #19.

As for the plot, It starts with Yo and Ginro complaining about the lack of Alcohol, and Kinro doubting them as usual. We also got to see Matsukaze telling Ginro about how his previous master led the movement of destroying the Petrification device. After the death of his master, Matsukaze destroyed all but one of the weapons. He also tells that, revenge won’t make him feel any better.

Dr. STONE, Ch. 146: After making mocktails, the crew brews up something stronger. Find out what it is! Read it FREE from the official source! https://t.co/5bQUzMQ47t pic.twitter.com/4ZShZQu3yh

After overdrinking Matsukaze passes out. He woke up to Tsukasa, Kohaku, and Kinro ready for the training. Meanwhile, on the other side, Senku revives Hyuga and he agrees to train them only if they revive Homura and Mozu. Dr Stone 147 will cover up the events from the training, as it has begun.

The manga’s upcoming chapter will revolve around the weapon training by Hyoga. Now then, the Kingdom of Science has acquired Beer in the previous chapter, there is going to be too much celebration to everything. Moreover, readers all around the globe are full of beans for Dr Stone 147.

As for any particular delays, there won’t be any delay in the airing schedule of this chapter. The chapter will air on the same.

The previous chapter got out on 5th April in the 19th issue of Weekly Shounen Jump, making it obvious for us. Dr. Stone Chapter 147 will air on 12 April 2020 in Weekly Shounen Jump’s 20th issue. Other important leaks and spoilers for this chapter will be out 2-3 days before the official release date.

The spoilers and leaks are basically the raw scans, that are being translated by the popular translators on the internet. But you may not worry, we will make sure to add the leaks and spoilers to the article, as soon as they’re out. You can put your opinions regarding Dr. Stone Manga’s chapter 147 – in the comment section below. Furthermore, the spoilers of Dr Stone 147 are expected to release on 10th April 2020.

So, that’s all for today. Furthermore,  Make sure to follow our Social media accounts for exclusive news. Make sure to read our latest on Dr. Stone Season 2.

Black Clover Episode 120: Asta vs Devil Finale, Where to Watch?