Spoiler Guy
Home Reviews Why Should We Watch Dr Stone? 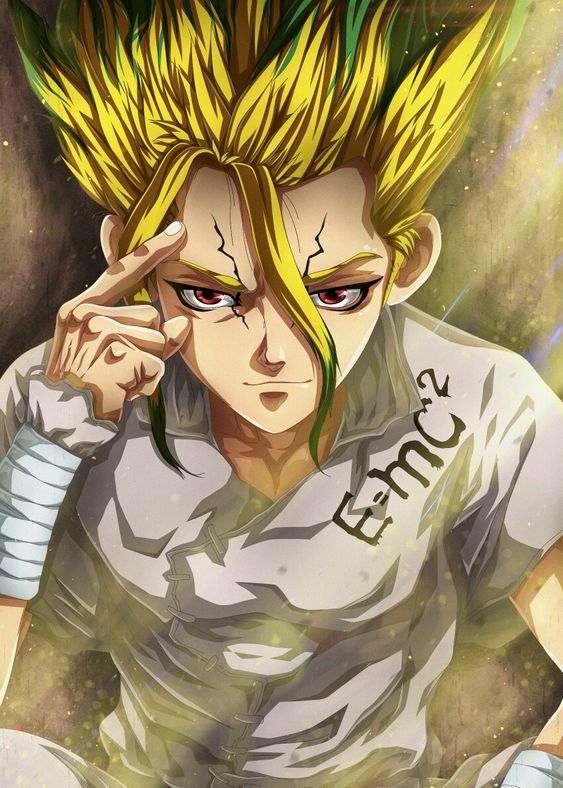 Dr Stone, a very popular shonen manga series which is published in the Weekly Shonen Jump magazine. Besides this, anime has recently been adapted into 24 episode anime series. Below is the review of the ultra-popular series that’s creating uproar in Japan.

The plot starts with Taiju Oki, an average student, talking to the protagonist, Senku Ishigami, about confessing his feelings for their classmate Yuruziha Ogawa. A little later, we come to see him in the midst of his proposal when a bright green light ends up petrifying all of humanity and sparrows! After about 3700 years of being petrified, Senku and Taiju wake up about 6 months apart, with Senku being the premier one. The world where Senku and Taiju are revived is called ‘The Stone World’ by them. Due to the absence of humans in this world for over 3000 years, the world has changed vastly and Senku aims to restore human civilization using the power of science. Senku then discovers a chemical mixture featuring Nital, which he concludes revived him. He and Taiju plan to use this chemical or as they call it the ‘Miracle Water’, to revive Yuruziha but a sudden lion attack forces them to revive Tsukasa Shishio instead, to protect them. Later a conflict of ideals leads to Senku&#39;s group forming the Kingdom of Science in Ishigami Village to restore civilization and uncover the mystery of their petrification while Tsukasa establishes an Empire of Might to create a new world where only strong-willed people who are strong enough to fight are revived.

The main characters are:
1. Senku Ishigami: The protagonist of the series, Senku is a scientific prodigy who aims to revive and re-establish human civilization and find out the cause of the petrification of humans 3700 years ago!

2. Taiju Oki: Taiju is Senku’s greatest friend and although he may not be the smartest tool in the shed, he has a noble heart and will do what’s right. He supports Senku in the revival of humanity.

3. Yuruziha Ogawa: Yuruziha is the love interest of Taiju. She is very kind-hearted and helpful and she too will do the right thing and supports Senku in his pursuit of the revival of human civilization.

4. Tsukasa Shishio: Tsukasa Shishio is the main antagonist and doesn’t agree with Senku on bringing the entirety of humanity back as he believes that reviving humanity will revive its malpractices too and believes that only strong-willed people should be brought back to life and he ends up establishing The Empire of Might. The other supporting characters include Chrome, Kohaku, Kinro, Ginro, Suika, Kaseki, Turquoise, Magma, Soyuz, Jasper, Namari Gen Asagiri, Hyoga and Ryusui Nanami.

Before starting the series, I was really happy, that there was one shonen anime that didn’t circle itself around fictional concepts but science. Dr Stone acts very pretentious and ends up failing at many times. The characters don’t seem to be pragmatic and end up bring like any other shonen anime. It’s not like Dr Stone is a bad anime, it’s just that it doesn’t offer anything new, which should be expected from the unique plot. It has no USP. Other than obvious plot holes everything else is good and sometimes even exceptional! The animation is mostly crisp, TMS Entertainment has done a good job. The Opening song ‘Good Morning World’ by Miura Jam is catchy however the what takes the cake is the Ending song ‘Life’ by Rude-α. Overall although the plot is weak at times animation and music more than make up for it and as a result, Dr Stone, according to me should get 3.5 stars out of 5 stars.

Well, that’s what we have for today. Furthermore,  Make sure to follow our Social media accounts for exclusive reviews.