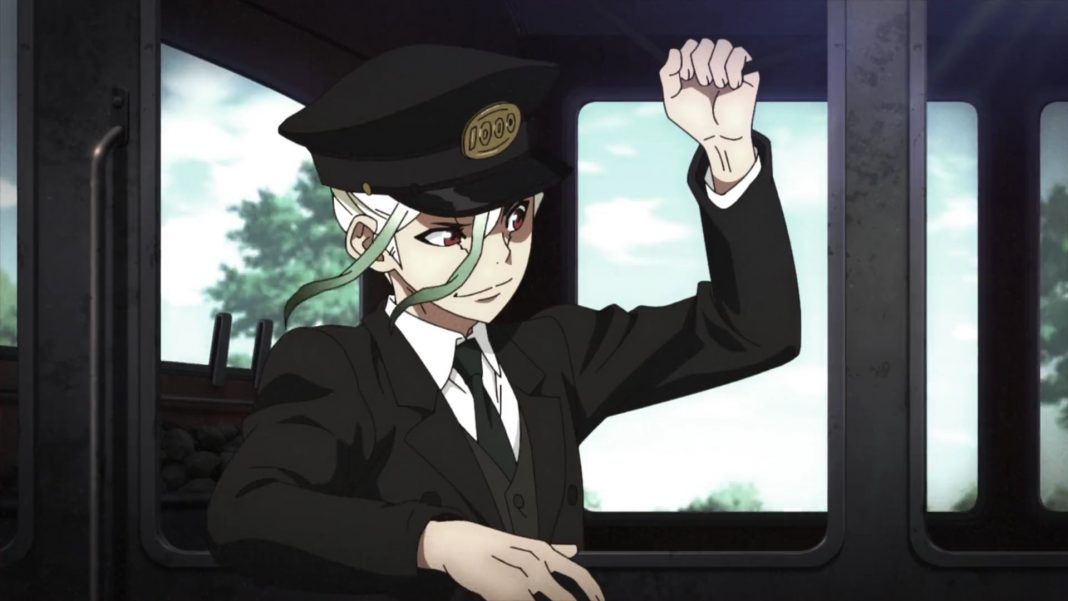 The Industrial Revolution has now begun in the second season, i.e., Dr. Stone: Stone Wars. Now that the Kingdom of Science has acquired the Steam engine. Senku and co. are ready to land a full-blown attack at the Tsukasa Empire. Viewers are now looking forward to watching episode 5.

The upcoming episode is titled Steam Gorilla. The episode covers up the communications arc from chapter 69 and 70 of the manga. As for the events, Tsukasa predicts the possible creations Senku will be working upon. Moreover, Senku recreates the paper. Hence, it ends up creating a paper shield.

Here is the preview for the upcoming episode of Dr. Stone anime –

Senku Ishigami: The protagonist of the series, Senku, is a scientific prodigy who aims to revive and re-establish human civilization and determine the cause of the petrification of humans 3700 years ago!

Gen Asagiri: The supporting protagonist of the series and another one of Senku’s great friends. He was a famous Mentalist back in the day. Tsukasa revived him. However, he changed sides as per his liking.

Taiju Oki: Taiju is Senku’s most generous friend, and although he may not be the smartest tool in the shed, he has a noble heart and will do what’s right. He supports Senku in the revival of humanity.

Yuruziha Ogawa: Yuruziha is the love interest of Taiju. She is very kind-hearted and considerate, and she, too, will do the right thing and supports Senku in his pursuance of the revival of humanity.

Tsukasa Shishio: Tsukasa Shishio is the main antagonist and doesn’t support Senku’s idea of bringing the entirety of humanity back as he believes that reviving humanity will revive its negligence too and believes that only strong-willed people should be brought back to life. He ends up establishing The Empire of Might.

Moreover, the empire of Might clashes with the kingdom of Science with their ideals on line. Other supporting characters include Chrome, Kohaku, Kinro, Ginro, Suika, Kaseki, Turquoise, Magma, Soyuz, Jasper, Namari Gen Asagiri, Hyoga, and Ryusui Nanami.

Will there be Komi-san wa, Comyushou Anime Adaptation? Everything We Know...