Dragon Ball Heroes Episode 15 was quite awesome. We got to see some incredible action. Goku transforms himself into- Ultra Instinct. The episode showed the showdown of the battle between Goku- Ultra Instinct and Giant- Kamioren. In the beginning, Goku was overwhelming Kamioren. Besides this, he used his final move- Kamehameha!! and defeat and destroy Ultimate Kamioren. Then hearts enter with his fierce aggression in the battle and he wants the power of Universe Seed!!! 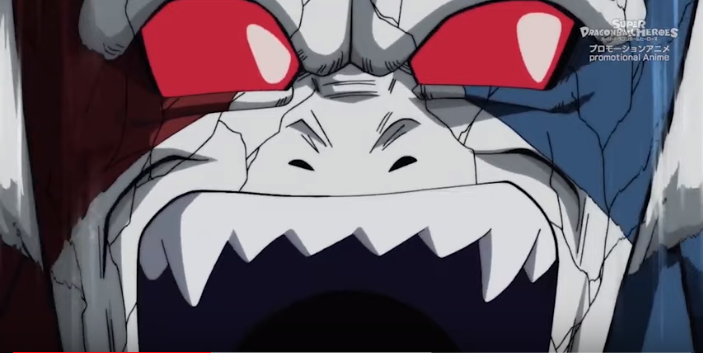 Not only this, even Twitter user sailorspazz- shared synopsis of episode 15. Here it is- “Displaying extraordinary power, the ultimate form of Kamioren rampages. Facing this crisis, Goku utilizes Ultra Instinct and overwhelms Kamioren in battle. But just when the fight is about to be over, Hearts appear to have a secret plan…” Recently, the official account of Dragon Ball Heroes hit fans with the amazing news regarding episode 15. Let’s find out what will happen in Dragon Ball Heroes Episode 16.

Dragon Ball Heroes Episode 16 is going to title as- Zamasu VS U7! The End of Ambitions!. Finally, Universe Seed is at full power. Hearts who incorporates the Universe Seed evolves further inside the “Cocoon”. Can Goku really stop his attempts!?

Finally, Universe Seed is at full power. Hearts who incorporates the Universe Seed, evolves further inside the "Cocoon". Can Goku really stop his attempts!?

It means the episode 16 is going to release in October. Although, no official date has been announced. Stay tuned with us for further updates.