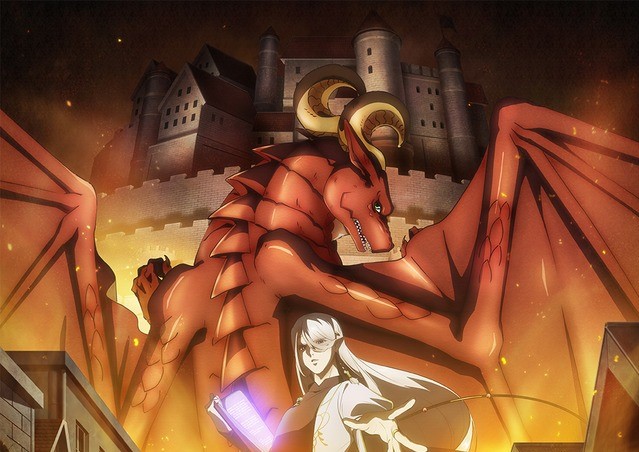 In this post, we are going to take about the upcoming anime, Dragon Goes House-Hunting Streams Second Promotional Video And More! The official website of the anime has unveiled a second promotional video of the anime along with another key visual.

The official website of the upcoming television anime has posted a second promo. Dragon goes house hunting is originally a Japanese fantasy manga series. Kawo Tanuki has written it with Choco Aya as the illustrator. Furthermore, the anime has revealed its main cast and will premier in April 2021. The second promo is attached below.

Haruki Kasugamori is directing the anime. Shiori Su in charge of character designing. Pony Canyon Animation and SIGNAL. MD in charge of the production.

The plot of the anime follows a timid dragon child Letty. ” Letty, a timid dragon child who was perceived by the clan. To survive in the vast world where a wide variety of races live, I decided to go on a journey looking for a house where even a weak person can live with peace of mind. During that time, it was Elf Diaria, who claims to be a real estate agent, who saved Retty’s crisis when she encountered a group of brave men. Two people decided to travel together. Will Letty be able to safely reach a safe place? A new fantasy by a dragon and a demon king opens here!” as per the official youTube.

The manga was first serialized in the Monthly comic garden magazine of Mag Garden in 2016 December. It has collected five tankōbon volumes as of now. Seven Seas Entertainment has licensed the manga in North America. The story will be broadcasted in Tokyo MX, Yomiuri TV, BS Fuji. It is a comedy fun-loving anime about a lost dragon. To know more about the anime you can click here to visit its official website.

This was all about the upcoming anime. Be sure to stay tuned for more updates. Also, read Tonikawa Episode 8 Release Date and More! Be sure to follow us on Facebook, Twitter, and Instagram for more interesting and the latest updates about anime.

Detective Canon: Hannin no Hanzawa-san To Release A New Chapter