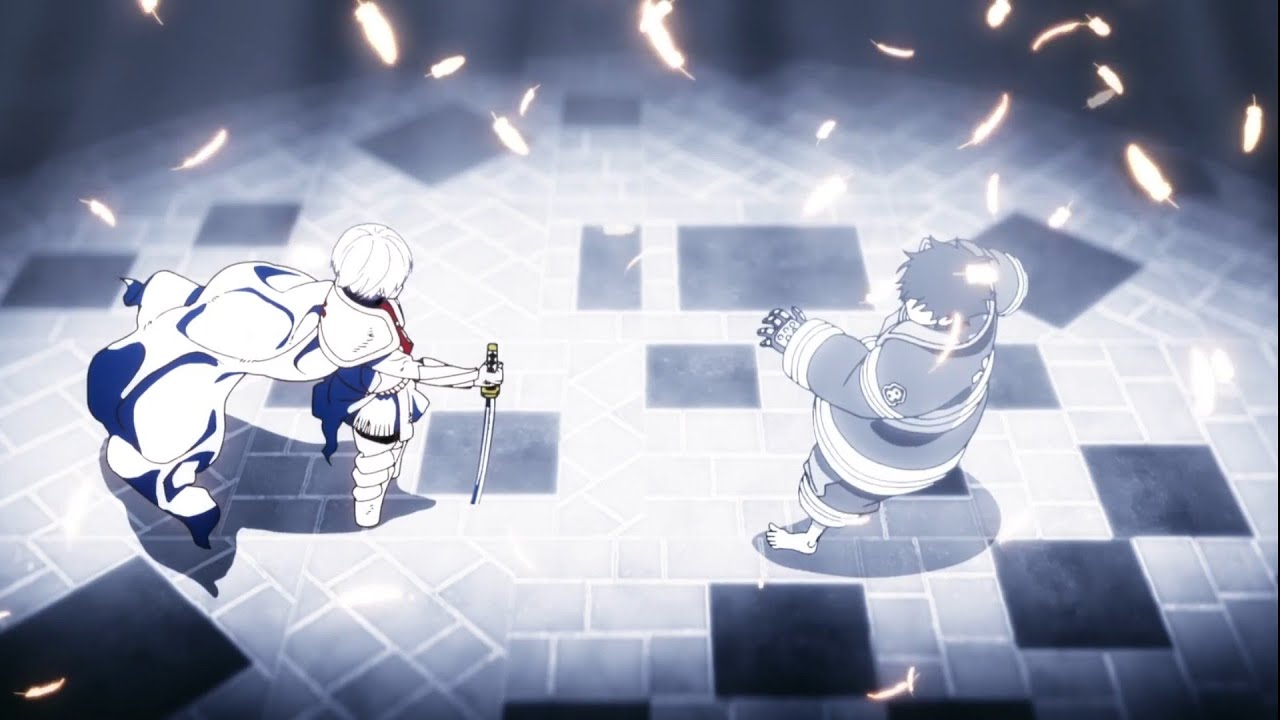 The previous episode of Enen no Shouboutai featured, Shinra and Sho taking on each other. The way the studio used CG to show off spacial movement was incredible. Overall, fans are excited to see more of the face-off in the upcoming episode.

The creator did an amazing job of portraying Liza and other newly introduced characters. Liza’s character development is indeed one of the most discussed topics of the episode. The animation is being compared by anime’ like One Punch Man. Additionally, fans are looking forward to Fire Force Episode 22 now.

In this week’s episode, we finally got to see the most awaited moment of the anime, Shinra meeting his brother, Sho. The anime did follow a typical plot where the younger brother doesn’t know the elder one. Moreover, the fight between Shinra and Sho has begun. Fans are now excited to see more of the same.

Title: The episode is titled “A Brother’s Determination”.

Synopsis: Shinra and Sho are now taking on each other. With both users possessing a unique ability called, Adolla Burst and the Adolla link. Who will win this intense battle is still a question.

Release Date: The episode 22 of Enen no Shouboutai is scheduled to release on Friday, 20 December 2019.

So, that’s all for today. Thanks for reading! Furthermore, Make sure to follow our Social media accounts for exclusive spoilers.

My Hero Academia 289 Spoilers, Where to Read Boku no Hero...