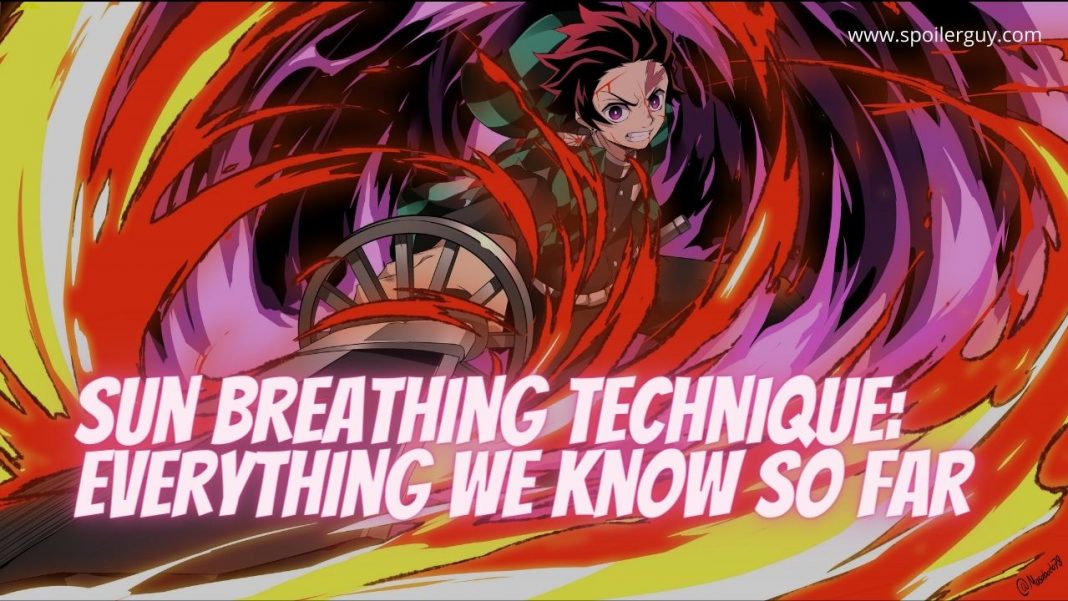 In Tanjiro’s battle with Rui, we get our first look of his Hinokami Kagura Dance, which isn’t only visually stunning; it also marks an important turning point in the story. At first glance, it looks to be a family ritual performed as a sacrifice to Hinokami, the Fire God, by Tanjiro’s charcoal merchant family for centuries. He learnt it from his father. The Flame Hashira, the dying Kyojuro Rengoku, informs Tanjiro, however, that a library in his family’s house may include documents related to the Hinokami Kagura’s whereabouts and history.

I can’t even make a witty comment because this is rengoku always tbh #kimetsunoyaiba pic.twitter.com/8rKhzS50rI

Tanjiro meets Senjuro and Shinjuro, the Flame Hashira’s younger brother and father, in Rengoku’s residence. Tanjiro had never heard of Sun Breathing, therefore when Shinjuro sees his hanafuda earrings, Shinjuro guesses that Tanjiro performs the skill of Sun Breathing. Former Flame Hashira, angry and distraught, informs Tanjiro that all other breathing techniques are only imitations of the Sun Breathing’s original form. Shinjuro has no desire to interact with the young Demon Slayer, believing that Tanjiro has a superiority complex due to his usage of the Breath of Sun.

Tanjiro and Senjuro look for answers in the book Rengoku suggested, but it’s too badly damaged to read. After discovering that the Hinokami Kagura has 13 forms, Senjuro writes Tanjiro a letter, despite the fact that Tanjiro learns nothing new. Tanjiro learns more about Sun Breathing and his ancestor Sumiyoshi via a series of unusual dreams he has termed inherited memories.

The events of Tanjiro’s ancestor Sumiyoshi’s life come to life in these flashbacks, which he shares with Yoriichi Tsugikuni. Yoriichi was a great Sengoku warrior as well as the inventor of Sun Breathing. In the history of the organization, he is the most powerful Demon Slayer, using a combination of his breathing method, Demon Slayer Mark, and the ability to view the Transparent Universe. Yoriichi almost overcomes Muzan by himself during their battle because to his mix of skills and natural brilliance.

As a result of Yoriichi’s incapacity to exterminate Muzan, the demon continues to inflict harm on innocent people. As he recalls Yoriichi’s Sun Breathing forms, Tanjiro learns from seeing him do them in the past. In part because of Sumiyoshi’s efforts, the Hinokami Kagura was handed down from one generation to the next. The only thing Yoriichi left Sumiyoshi are his hanafuda earrings, which are eventually passed down to Tanjiro since Yoriichi had no heirs.

Anyone who had heard of Sun Breathing had been assassinated after Yoriichi’s murder by Muzan and his Upper Rank 1 demon twin brother, Kokushibo. While there are still Breath of Sun users’ descendants, such as Muichiro Tokito, the Mist Hashira, Tanjiro’s family has managed to preserve the original style of Breath of Sun clothing. With time running out, Tanjiro begins to see the link between Sun Breathing and his family’s dance.

Tanjiro recalled his father’s words, “If you learn how to breathe correctly, Tanjiro, you’ll be able to dance forever,” as he saw Yoriichi do the 12 forms. He discovers that the “Dance” and “Flame Dance” forms may link the 12 formations together, forming a ring that enables him to launch assaults one after the other. The 13th form is crucial in the final fight since it is the outcome of the successful combining of all 12 forms.

This is all about the 12 forms of Sun Breathing Explained. For more information stay tuned to Spoilerguy.