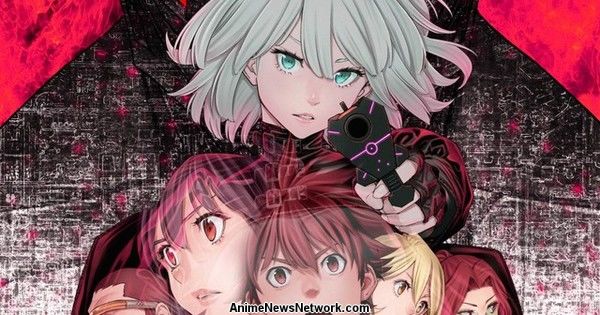 Hey Everyone! EX- ARM manga has released a new promotional video to feature its upcoming television anime. They have also revealed the theme songs and more.

The official website of the television anime has released a new promotional video. Further,  the video previews the ending theme song of the anime and the voice actors. The anime is based on a Sci-fi Battle crime battle. Moreover, the anime will preview on January 10 in the upcoming year.

The anime will premiere on Tokyo MX and Sun TV channels from January 10. Takuya Kuroda and Azumi Waki are the voice actors. Further, Crunchyroll will also stream the anime as Crunchyroll original. It will stream as the anime airs in Japan.

Ex- Arm is a Japanese Sc-Fi manga series. HiRock has written the manga with Shinya Komi as the illustrator. It is also the remake of an earlier manga known as Ex-Vita. Seinen magazine of Shueisha published the manga back in 2015 to 2017. But later the manga shifted to Shonen Jump+. The manga has collected over 14 tankobon volumes as of now.

Akira Natsume is the main protagonist who seems to have a phobia of electrical devices. But on the other hand, he is good at diagnosing them. He aspires to lead a life like his older brother. But unfortunately expires in an accident before he could achieve any of it. After 16 years a policewoman and her partner is able to finally activate a highly advanced AI. They also discover a superweapon called Ex-Arm. To their surprise, the AI turns out to be Akira’s brain!

To know more click here to visit their official website. Be sure to stay tuned for more updates. Also, read Best Christmas Anime to Watch in The Holidays “This blog is written by Spoiler Guy.” Be sure to follow us on Facebook, Twitter, and Instagram for more interesting and the latest updates about anime.