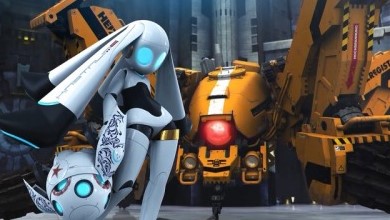 Waiting for the Disney’s CG Fireball anime! The anime has finally revealed its new teaser trailer and visual for its final chapter, Gebäude Bäude. Moreover, it has also disclosed the anime’s cast and other staff. The first five episodes of the anime will be streamed in Japan from November 8 to November 12th. The second five will premier from December 6 to December 10 on Disney channel Japan.

The services will be available for Disney Plus subscribers on November 13th and December 11th respectively. The season will feature Hiroshi Kamiya co-starring with Miyuki Kawasho.

As for the other staff, Yoshiyuki Usui is in charge of composing the music. The CGI director is Shigeyuki Watanabe and Yasuyuki Kuwabara as the sound designer. The mechanical designer in charge is Takayuki Yanase.

The Fireball anime is a Computer generated imaginary shot series, shortly known as CGI. Jinni’s Animation Studios and Walt Disney Television are in charge of the production. Hitoshi Fukuchi is the designer of the series. Furthermore, the series is animated entirely in 3D with no cel-shading.

That’s all about the latest release. To know more stay tuned to Spoiler Guy.