Spoiler Guy
Home News Given The Movie To Stream In Crunchyroll In Early 2021! 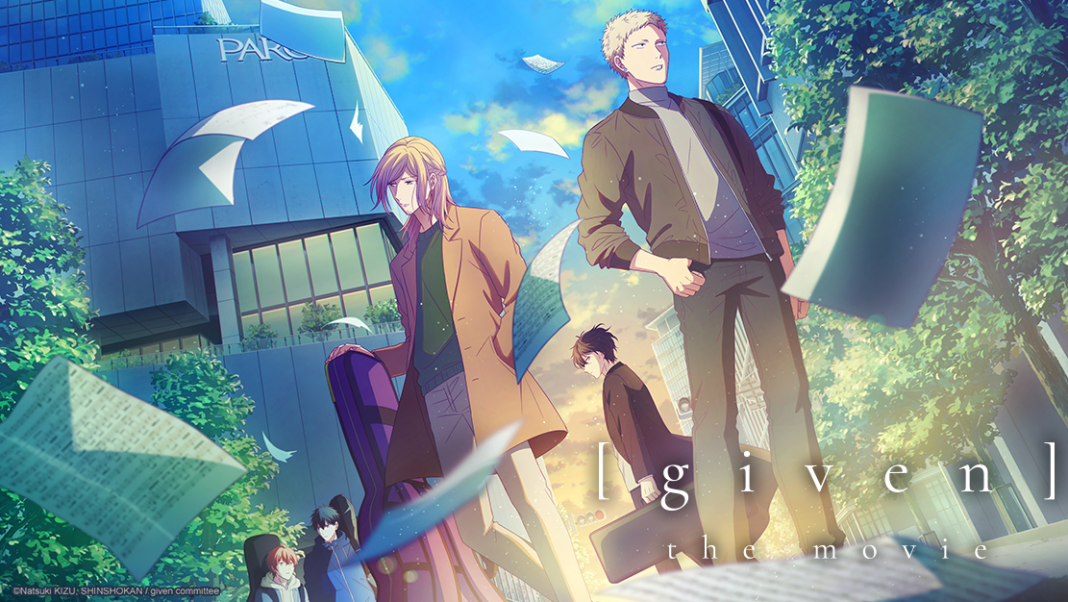 Wandering about the upcoming anime movies! Crunchyroll has announced to release the  Given The Movie at the beginning of 2021. It has further announced that the English subtitled version will debut its trailer in July. The film will initially be available in America, Europe, Africa, and the other Commonwealth Independent States. The anime movie is inspired by the Given Manga of Natsuki Kizu.

The film was supposed to release in May but was later postponed to August 22 due to COVID-19. Till now it has sold more than 100,000 tickets in its first month of screening. Blue Lynx is producing the anime.

Given is originally a Japanese manga series. Natsuki Kizu has written the manga and illustrated it. Bimonthly manga magazine has serialized the manga since 2013. Shinshokan has collected a total of six tankōbon volumes. The manga has previously inspired an audio drama series released in 2016. Later an 11 episode series was also developed by Lerche in 2019. Fuji Tv has aired the anime previously. Viz media along with SuBlime has licensed the English translation of the manga.

The story revolves around a group of four students involved in an amateur rock band. Later they develop a dual romantic relationship among themselves. One of the couples is Ritsuka(Electric guitarist) and Uenoyama and Mafuyu Satō(vocalist) and the other is  Haruki Nakayama(Bassist) and Akihiko Kaji(Drummer).