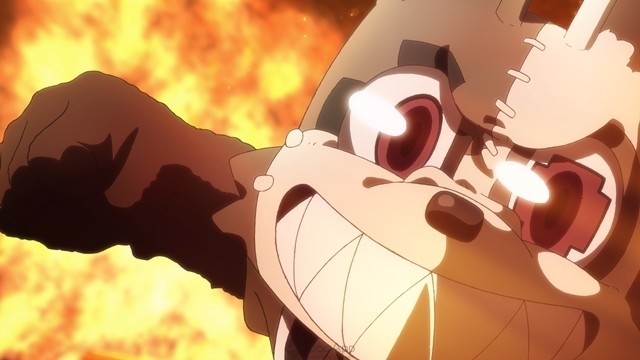 Currently, Gleipnir Episode episode 2 is the most awaited thing among Gleipnir fans, out there. The anime airs the first episode on April 5, 2020, following its schedule. Moreover, fans really liked the Opening theme song of this anime. The previous episode took an unexpected turn when another monster appears. Episode 1 ends at a cliffhanger, fans are wondering what happens next?

What exactly are these coins? How can one transform into a monster? We’ll surely find an answer to these in Gleipnir Episode 2.

The 2nd episode of the anime is titled, “What It Means to Be Empty”. The anime will continue the fight between Shuuichi and Kurea vs the newly announced monster. Viewers can expect more details regarding the monsters and the coin in the upcoming episode.

You can watch 2nd episode of Gleipnir and all other episodes on FunimationNow, AnimeLab, and Wakanim. Besides this, We highly condemn the use of streaming anime on an unofficial website. You can read more about Anime streaming Websites here.

Moreover, While you wait for Gleipnir Episode 2, don’t forget to read our latest blog: One Piece Episode 928.