Spoiler Guy
Home New Season Gleipnir Season 2, When Can We Expect A Renewal? – Here’s What... 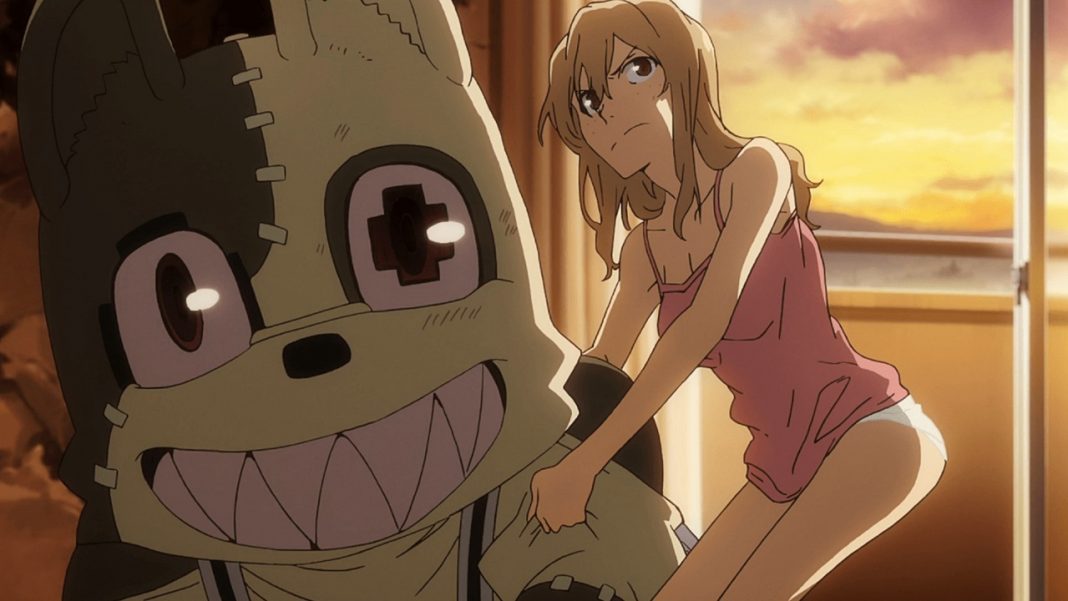 During the very beginning of the Lockdown, Gleipnir was quite famous as people needed a distraction from the real world chaos. Gleipnir was just the right anime to do that. Everything about it was different. The Horror/Action anime was indeed not to everyone’s liking but was enjoyed by those who loved Horror anime. It didn’t have spectacular animations or character development but what it did have was Ecchi.

The not-so-spectacular series gave a sense of refreshment from all the current ongoing animes at that time. This was probably why it was popular during the lockdown period and was also found everywhere on the internet. The mystery element in this series is quite subtle and is overcompensated with its supernatural side. I guess you can call it a mixture of a twisted supernatural action thriller and Ecchi scenes. Surely not the kind of anime to recommend to your little brother.

Also, this anime is not recommended for the weak-minded as well. It does have a unique fan base and is likely to have its second season coming soon. In this blog, we will discuss the very topic of Gleipnir Season 2, When Can We Expect a Release Date?

Gleipnir’s Second Season is facing the same old classic issue which most anime adaptations face nowadays. A complete lack of source material. The anime adaptation is solely based on the manga and can’t afford to deviate from its source material as the manga plot has been successful. Fans who have read all the nine volumes of the manga know very well what’s coming. This is why they can’t wait to see how the anime adapts Gleipnir Season 2.

As far as the official information goes, there hasn’t been any staff or studio statement. There is a constant debate about whether Gleipnir’s 2nd Season will release in 2021, fall, or summer 2022.

As of now, there is no official release date mentioned from any of the Gleipnir sources. But, if we were to speculate, then we expect Gleipnir Season 2 to release in mid-2022. We say this because there isn’t enough raw source material for Gleipnr to make a sequel in the anime. A time period of one new provides the staff and the creator ample time to come up with amazing source material that we the fans crave for.

There are currently nine volumes, out of which 7 volumes have already been adopted by the first season of Gleipnir. A few more volumes should be sufficient enough to announce the commencement of the second season of Gleipnir. Make sure to stay tuned to Spoilerguy to know more about all the major updates regarding the Gleipnir Sequel.

Recommended: Top 10 Anime Similar to Tokyo Ghoul that You Need to Watch!

There was a lot of fan speculation that was pointing towards the release of Gleipnir Season 2 in 2021. This was likely due to the fact that the anime received quite the amount of appreciation they were looking for. Due to the global pandemic, many production companies were hit. But this wasn’t the case for Gleipnir, as we mentioned before, it is due to the lack of content that there hasn’t been any news regarding Gleipnir 2.

We have speculated the release of Gleipnir Season 2 to be in 2022 after concluding that there would be enough volumes for the adaptation. Although this is just a theory we still think that there is a high chance that this might turn out to be true.

There has been no official news regarding the cast and staff yet from any official sources. Besides, there may not be a change in staff as we don’t think there will be a change in the studio. As for the cast, the main characters will stay the same with almost 5 new characters joining the cast. This prediction is made from the ongoing volumes of Gleipnir. We will update you when there is an official news update.

Shuuichi Kagaya is an average high school student who has the ability to transform into a monster. But the story progresses fast, and Kagaya finds himself near a burning house with a girl trapped inside. He acts based on instinct and saves her in his monster form. During this process, he leaves his phone behind before the cops arrive.

The girl whom he saves is no ordinary person. She had witnessed her sister transform into a monster and kill her entire family( Itachi Vibes ). Claire makes it her mission to find the person who saved her that night and confront him about his powers. But little did she know that Kagaya has very little knowledge about his own powers.

So they both team up to unveil the secrets behind these monster transformations. The story gets heated when they find out that they are not the only ones searching for this knowledge.

Where to Watch Gleipnir Season 2?

All the latest episodes of Gleipnir were released on Funimation. We expect the same to take place for the second season of Gleipnir as well. We highly condemn the usage of illegal websites to stream anime online.

The Gleipnir series started its journey way back in 2015. It was Sun Takeda who wrote the manga chapters of Gleipnir and was published by Kodansha Comics. The series has completed 9 volumes as of now. Gleipnir manga is currently running and aims to publish a new volume soon. It received an anime adaptation by Pine Jam in 2020 and aired a total of 13 episodes. Fans are currently waiting for Gleipnir Season 2 to air soon. Make sure to stay updated with us at Spoilerguy for all the latest information and news pertaining to the ongoing Manga chapters and Anime episodes.

That’s all for today’s weebs. I hope you guys enjoyed this article on Gleipnir Season 2, When Can We Expect A Release Date? Make sure to check out our other articles such as:

Death Note Season 2 Plot And Release Date. What can we...