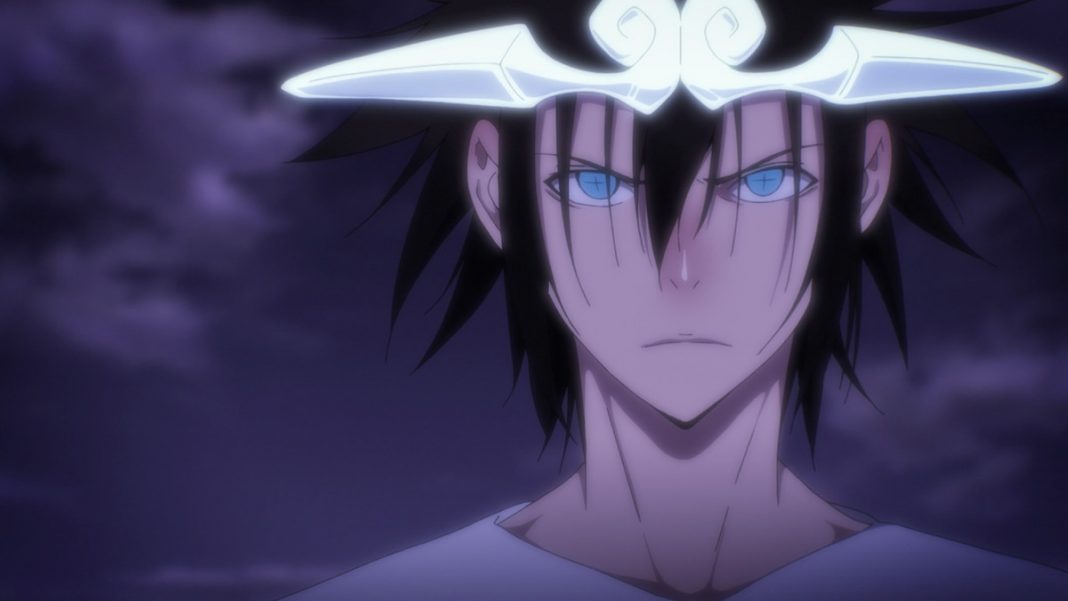 God of High School Season 2 is the first thing you search on the internet as soon as you finish watching the first season’s 13th episode. I mean, isn’t it obvious? The ending was in a rush. We didn’t get a hint on many points, for example – Jin Mori’s God Form, Daewi’s Borrowed Power, the true intentions of Nox, and whatnot.

The first season consists of 13 episodes, and the last episode ends with Mori Jin literally turning himself into a god. The source of the mysterious powers of Mori is still unknown. However, during the last episode, someone was calling him the “Great Sage of Heavens.” And, not to spoil you or anything, but the name comes from a Chinese Novel, known as “Journey to the West.” The story actually mentions the Monkey-God, Hanuman, from the Hindu legend, Ramayana. We will surely get more hints of his past from God of High School Season 2.

In this post, we will be including all the important points and updates from the official sources that may affect the release date for the 2nd season of the God of High School anime. Please note that this post includes spoilers from the first season, so if you have not watched the first season, you may stop reading now.

Well, I’m an avid Webtoon reader, which explains why I have been looking forward to the anime adaptation. The story isn’t as similar to that of the webtoon, and I could pinpoint various changes made in the anime. While some people refer to the anime as “the Dragon Ball of Korea,” others call it a mixture of every mainstream anime and TV show.

The plot began as a fighting tournament to seek out for the best fighter among all high school students in Korea. The winner gets to fulfill any of his/her wishes. Mori Jin, a Taekwondo expert and a high school student, along with his friends, soon learns that there is something much greater beneath the tournament stage.

Re-reading God of High School. Chapter 336 is so 🥺🥺, look forward to the anime y’all

Crunchyroll produced the God of High School anime under their name ‘Crunchyroll Originals.’ The staff’s approach towards the anime is commendable, and why not, it provides a massive audience as a target for the anime to shine and gain more traction. Resulting in the creators and animators getting support from people all around the globe.

The God of High School Anime based off the popular @WEBTOON series comes to @Crunchyroll in 2020! pic.twitter.com/sFRWAN6Arq

Overall, the anime surely deserves the title of one of the best anime in 2020, with unbelievable animation and action scenes among many characters with an amazing storytelling concept. The studio for the God of High School season 1 was MAPPA, the same studio as Dororo. Just a reminder, Dororo anime won the Anime Awards for “Best Character Designs 2019.”

Now the questions we have are, Will the 2nd Season of the God of High School anime be produced under Crunchyroll Originals? Will Mappa be the studio for God of High School Season 2? Are we even getting a second season for the anime? In this post, we have answered all these questions, so keep reading!

Anime Opening: The opening theme for the anime was called “Contradiction.” While you’re at it – Make sure to give it a listen:

Anime Ending: The Ending theme for the show might not be as popular as the opening; however, the artists did put some hard work into it. So check it out –

The God of High School Season 2

Now, with the really lengthy intro, we are coming to the main part of this article. The one you all have been waiting for – Updates of the God of High School Season 2. Well, currently, studio MAPPA and the Crunchyroll Originals team is swamped with their upcoming projects. So, there are no chances of any announcement regarding the second season of the series anytime soon. Whatsoever, if there is an announcement, we will make sure to be the first one to inform you.

Will the anime still be a part of the Crunchyroll Originals?

Yes, since Crunchyroll brought the adaptation and gave the anime a good boost on its platform. There’s no doubt about it. All the seasons of the God of High School shall be a part of Crunchyroll Originals.

As of now, there are no such updates on the anime changing the studio. Moreover, Studio MAPPA is a prevalent one. So I believe, MAPPA will be working on the 2nd Season of the God of High School.

As of now, there is no release date for the second season. Fans have been searching for God of High School Episode 14 on search engines and let me tell you the results. There is no Episode 14 in the first season. The story will now continue in the 2nd Season. If I were to speculate a date, God of High School Season 2 will release in Summer 2020.

Where to Watch God of High School?

All the episodes of the God of High School season 1 are available on Crunchyroll. For users who do not have access to a Crunchyroll account, you can watch the anime on the Muse Asia YouTube channel.

Most probably, God of High School Season 2 will be airing on the same platforms. We highly recommend the usage of trusted Anime streaming websites.

The anime adaptation is based on a popular Korean manhwa, which has been a part of Webtoon. The manhwa is written and illustrated by Yongje Park. The manhwa started serializing Naver Webtoon back in April 2011, and the story is still ongoing. The creator has divided the story into three different realms, The human realm, the Sage realm, and the Heavenly realm.

No Guns Life Season 3 – Renewal Status, Will It Get...