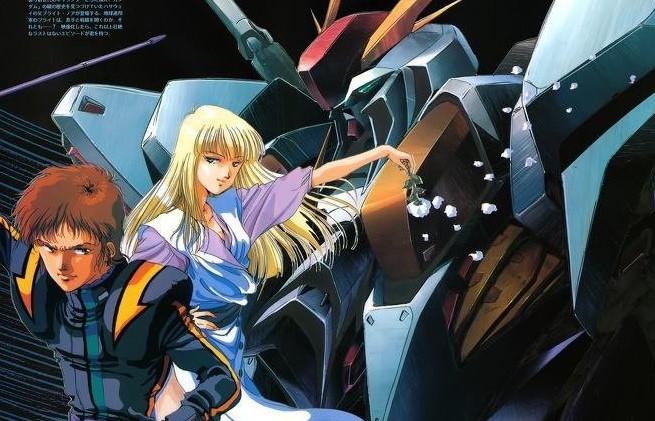 In this post, we are going to take about the upcoming anime film Gundam Hathway  Release Date, Teaser Trailer, And Much More! Well, the anime film Mobile Suit Gundam Hathaway has rescheduled its release date to May 7, 2021, after it got delayed due to COVID-19.

In the opening ceremony of Gunpla Expo Tokyo 2020, Sunrise announced that the anime film will release in Japan on May 7, 2021. As for releasing the film outside Japan, SD Gundam World franchise has announced to debut the anime film worldwide on April 2021. They have also given a sneak preview of its worldwide debut attached below. Further, it has revealed the teaser trailer 3 along with the announcement. Kidō Senshi Gundam: Senkō no Hathaway is the Japanese name for Mobile suit Gundam Hathaway.

Sunrise will release the first anime film from the novel series. It was previously scheduled to release on July 23, 2020. But got delayed like many others this year. The anime is said to stream on their official youtube channel and will also air on Tokyo MX and BS11 television networks.

Shukou Murase is directing the film and the project as a whole. Yasuyuki Mutou is in charge of writing the screen script. Hiroyuki Sawano is composing the music. He has previously worked in the other Mobile suit Gundam projects. For more information about the upcoming film, you can click here to visit their Gundam info website and click here to visit the official website of SD Gundam World.

Mobile Suit Gundam Hathway is originally a novel series. Yoshiyuki Tomino has created and written the novel. It was previously published in Kadokawa Sneaker Bunko from February 1, 1989 to April 1, 1990. The novel series has a total of three volumes. The story follows Hathaway Noa also known as Mufti Nabiyy Erin. For he starts a terrorist group in order to end the abuses from the earth federation.

This was all about the upcoming film. Be sure to stay tuned for more updates. Also, read Noblesse Episode 7 Release Date and Preview! Be sure to follow us on Facebook, Twitter, and Instagram for more interesting and the latest updates about anime.