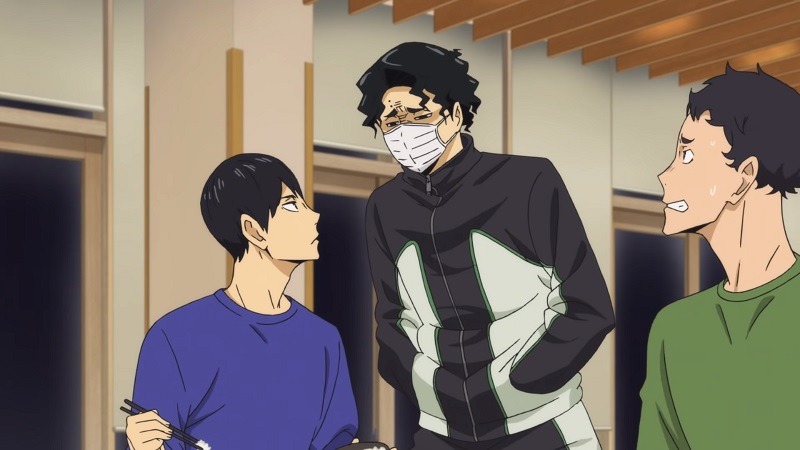 Howdy guys, In this post we are going to talk about the upcoming events of the Haikyuu Chapter 383. Besides this, this post may contain a lot of spoilers. If you don’t mind spoilers then you should keep reading. Otherwise, I suggest you stop here or skip to the release date section. So, let’s get started-

The match between Schweiden Adlers and Black Jackals already taking an exciting turn. So, some previous events already revealed that Hinata’s game sense is now way mature what it used to be. On the other hand, his vertical jump now way higher. Besides this, not only Hinata, other players like Kageyama and Ushijima and now more experienced and mature. Furthermore, Bakuto’s serve is now catching up to the lightening speed. Chapter 382 of Haikyuu ends with a disastrous spike with a whirl spin of Sakusa. Now, let’s get going for Haikyuu Chapter 383-

Bonus:- Haikyuu season 4 episode 5  is going to release in Japan on MBS on 8 February 2020. And the timing of the episode- the release is 01:25 am JST. Furthermore, it seems like the time is almost the same for all the countries.