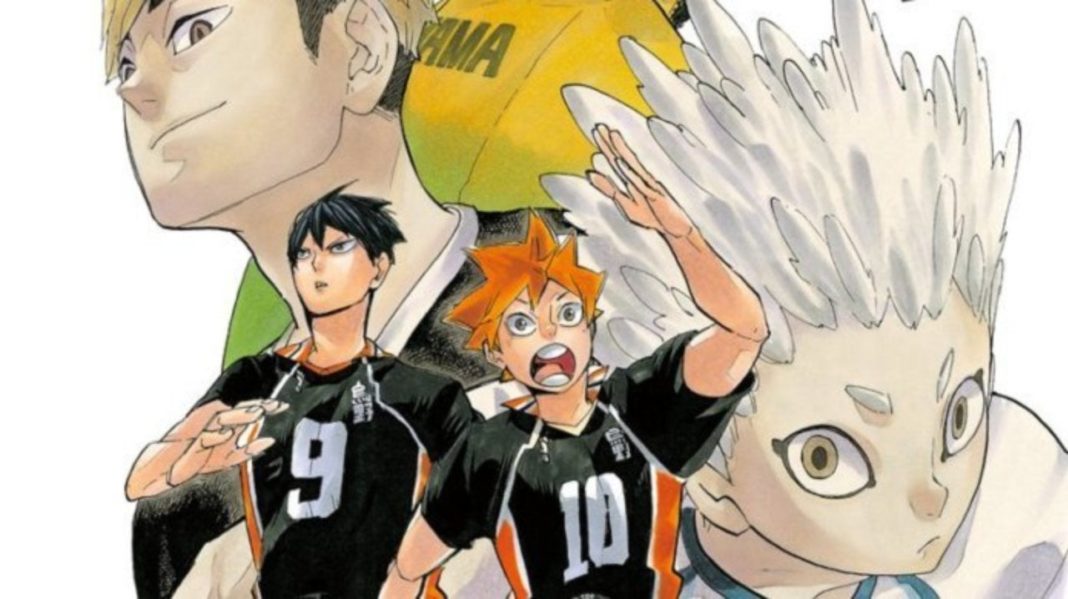 Howdy Guys, In this post we are going to be talking about Haikyuu Chapter 392. Besides this, We have included every detail from the release date to where you can read it legally. Note- This post may contain spoilers. If spoilers bother you, I suggest you stop here or skip directly to the release date section. Now, let’s get started-

The previous Chapter of Haikyuu was quite amazing, or it’s better to say that chapter was all about Black Jackal’s domination. As we all know that every single player of Black Jackals displayed the skills which made the opponent as well as audience astonished.

In the previous chapter, Miya showed his super crazy skills. He is an all-rounder player but when it comes to serving, no one could really beat. He shook Adlers with his serve. Miya used his signature serve which was- “The Hybrid Serve”. And this time, Adlers really struggled in order to dig his serve. Later it was revealed that Miya was aiming for the Top Server Award in the V. League.

So, in order to dig his serve, Adlers changed their strategy to four-man serve formation. Besides this, Ushijima also in this formation which he really doesn’t like. Later, Romero has to step up in the middle of Miya serve so that it could be beneficial for his team.

At the end of the chapter, Black Jackals lead the match with 12-10 scores and Miya was ready to pull off his 4th serve.

As shonen jump is going on a weekly break, there is a delay in a schedule of releasing Haikyuu Chapter 392. As the previous chapter released on 26th April 2020. It means that Haikyuu Chapter 392 is going to release on 10th May 2020 as the series is on delay due to the Golden week.

The spoilers and leaks are basically the raw scans, that are being translated by the popular translators on the internet. But you may not worry, we will make sure to add the leaks and spoilers to the article, as soon as they’re out. You can put your opinions regarding Haikyuu Chapter 392 in the comment section below. The important leaks and spoilers for Haikyuu 392 will be out on or around 8 May 2020. We will be the first one to bring you the leaks. So you may not worry!

Where To Read Haikyuu Chapter 392?

All the chapters of Haikyuu manga are available for free on Viz Media and Shueisha. You can read Haikyuu 392 there. Besides this, you can also buy the hard copy of the manga to support the creator.

Haikyuu is an anime adaptation of the popular Japanese manga with the same name. The manga started serializing in Shonen Jump back in February 2012. As for the plot, it revolves around Shōyō Hinata and Kageyama Tobio. It starts when Hinata suffers a crushing defeat in his first and last tournament in middle school at the hands of his rival Tobio Kageyama.

Sitges International Award For The Best Animated Film Goes To..