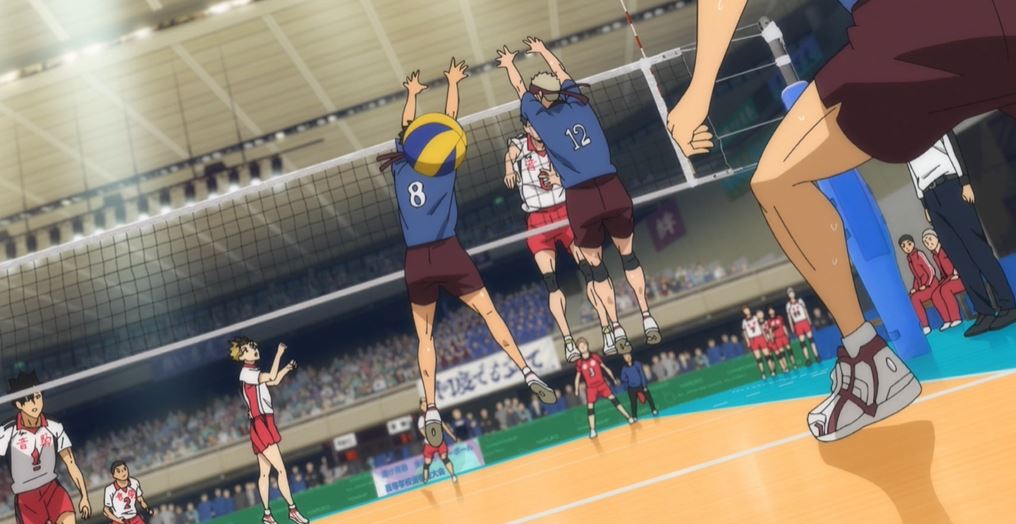 In this post, we will be talking about the latest Haikyuu Season 4 Episode 19 Release Date. Haikyuu is one of the best Sports Anime to Exist ever. Although there are a lot of good sports animes out there, Haikyuu is arguably the king of them all.

Haikyuu Season 4 is on its 2nd part’s 5th episode right now, or 18th episode. It might be a bit confusing but Season 4 is split into 2 cours. Fans are pretty hyped about the new episodes and Haikyuu doesn’t fail to deliver.

Right now Haiykuu To the top! is showcasing the story of Nekoma vs Sarukawa Tech’s Match. Although it might be seen as filler episodes but these episodes have their fair share of awesomeness. Well without any further delay here at SpoilerGuy, let’s talk about Haikyuu Season 4 Episode 19 Release Date.

The main Arc is showcasing the story of the National Highschool Tournament Arc. After Karasuno won the first set of their match, we see that the story now covers the members of the Nekoma Volleyball Team. Although Haikyuu does not have any big filler arcs, this is also a pleasant change from Hinata and Kageyama duo having the most screen time.

The main focus of this Arc is Kenma. We have seen how lazy and unproductive he is. But when it comes to Volleyball, he slowly starts turning his life. He does his best in every game and every rally.

Kenma remembers a lot about his childhood and his training and how people called him weak and lazy. But he realizes that’s the way he is. And it doesn’t matter in Volleyball because he is giving his best in Volleyball. With the help of Kuruo, Kenma gets even more motivated by helping the team tie the score.

He also manages to surprise his teammates when he managed to do a jump set on a bad receive. Overall this is an inspiring journey of how people could overcome all their problems and weaknesses with the help of training and Perseverance.

Where to watch Haikyuu Season 4 Episode 19?

All the new episodes for Haikyuu will be streaming on Crunchyroll from October 3, 2020. You can also watch the other seasons on Crunchyroll and Netflix. You also have the option to watch Haikyuu on Amazon prime too, but it has only the first two seasons.

Well, this is if for the update on Haikyuu Season 4 Episode 19. Also, read Nobeless Episode 5 Release Date and More. Be sure to follow us on Facebook, Twitter, and Instagram for more interesting and the latest updates about anime.

Uzaki-Chan Wants to Hang Out Episode 2 Release Date and Where...

Will Lady Nagant Survive in My Hero Academia Chapter 316? Expectations,...