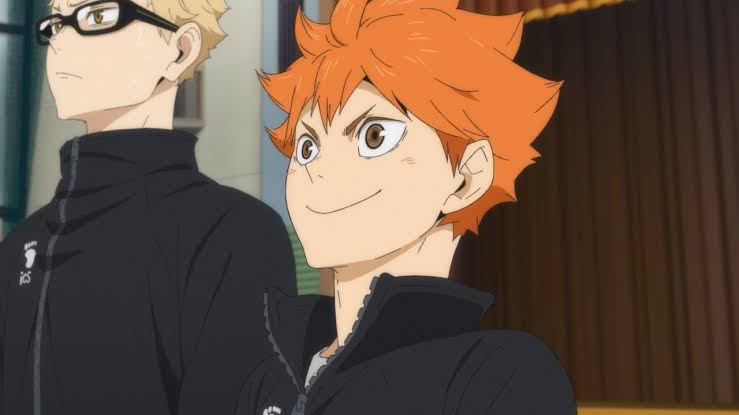 Howdy guys, in this post we are going to talk about Haikyuu Season 4 Episode 2. So, This post contains the details of the release date of episode 2 of Haikyuu. Furthermore, this post may contain spoilers. If spoilers bother you, I suggest you skip to the release date section. Otherwise, you can go ahead, so let’s get going-

So, Haikyuu season 4 episode 1 just got aired. And guess what? it was amazing as expected. As we already know that Haikyuy makes a comeback after 3.5 years. So in episode 1 of Haikyuu, it was revealed that our “ginger head” got an increase in his. Besides this, Tsukishima passed the mark of 190 cm. In the jump test, all of them have to touch the basketball board. In this test, Kageyama scores the highest point. Later, it was revealed that Kageyama got selected in the All Japan Youth Under-19 volleyball team. On the other hand, Tsuki got selected in the Youth Camp with our known and eminent members of different teams. This made Hinata really pissed because he didn’t get any invitation.

Later it was revealed that Hinata infiltrated the Tsuki’s camp. This made the Coach and Manager really mad. Even, the coach of Shiratorizawa split the fact that ” Hinata is incomplete without Kageyama’s sets” and gave him permission of becoming a ball boy of this youth camp. As we all know that Hinata is determined about volleyball and no matter what, he wants to grind his volleyball skills. So, what do you think, the coach of Shiratorizawa will allow Hinata to practice in the Youth Camp?

In 2nd episode Haikyuu- Hinata will accept as being a ball boy of the youth camp. Even though, the next episode will reveal how much he craves to play volleyball. On the other hand, Our team- Karasuno is focusing on enhancing its service ability. Haikyuu season 4 episode 2 will also reveal how much Hinata has grown. Furthermore, The coach of Shiratorizawa will announce that he will not let Hinata join this youth training camp.

When is Haikyuu season 4 episode 2 is going to release?

Haikyuu season 4 episode 2 is going to release on 18 January 2020. Besides this the title of the 2nd episode of Haikyuu will “Lost”.