In this post, we are going to talk about the latest Haikyuu Season 4 Episode 21 Release Date and more. In the last episode, we saw the impact that Kita created just by substituting him.

As explained by Inarizaki’s coach, the Otsumu brothers and others create despair for the other team meanwhile Kita just prolongs it. Well, for now, The latest Haikyuu Episode is going to come out on 21st November. Read more to get to know about the Release Timings and where to Watch.

The latest Episode 21 for Haikyuu is set to release on Friday, 21st November 2020 at 2:15 AM JST. All the remaining episodes for the cour are going to air on Fridays too.

Haikyuu Season 4 Where to Watch?

In the last episode of Haikyuu, we saw that Karasuno was lagging behind Inarizaki by 8 points by they slowly were gaining back the momentum. However, after Kita substitutes in the whole scenario changes.

We also get to know a bit of backstory about Kita, and how average he is in Volleyball. But the thing that makes him challenging to face is how refined he is. He believes if you can do it normally or in practices there is no need to nervous about it in the match. He is also shown to be very caring and rarely showing his emotions. 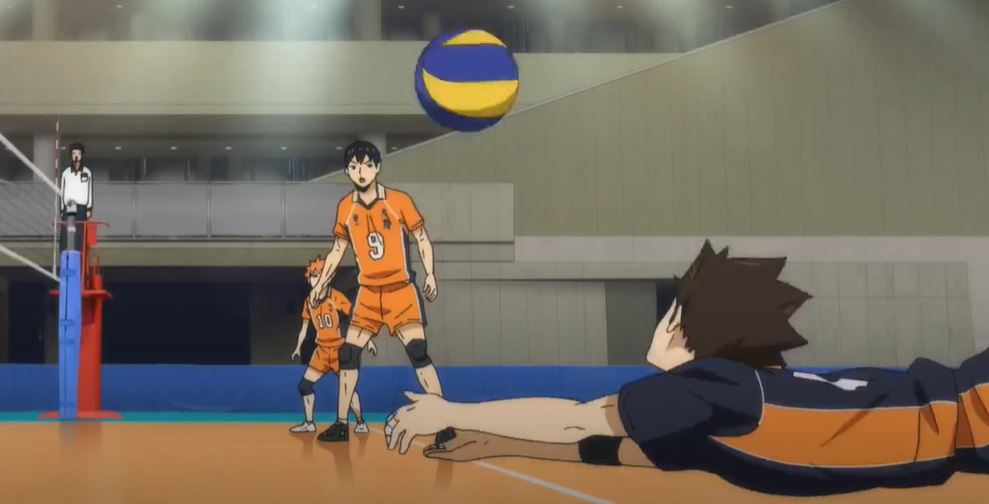 Back in the match, Karasuno loses the 2nd Set against Inarizaki due to there being no Gap in Inarizaki’s Defense. During the Break, Nishinoya is pretty annoyed and accepts that he couldn’t pick up on Miya’s serves. Waka comes and cheers him up which works a little bit on cheering him up. After the third set starts, he is unable to pick up the first serve and he finally accepts that he is scared. During the second serve, he somehow manages to crawl and get the ball and Waka spikes it into the opponent’s courts. The episode ends, and we will get to see more of Nishinoya’s resolve in Episode 21.

Well, this is it of Haikyuu Season 4 Episode 21 Release Date and more. Be sure to check up on Jujutsu Kaisen Season 2 Release Date to get the latest information. Also, Follow us on Instagram and Twitter for more content and News.