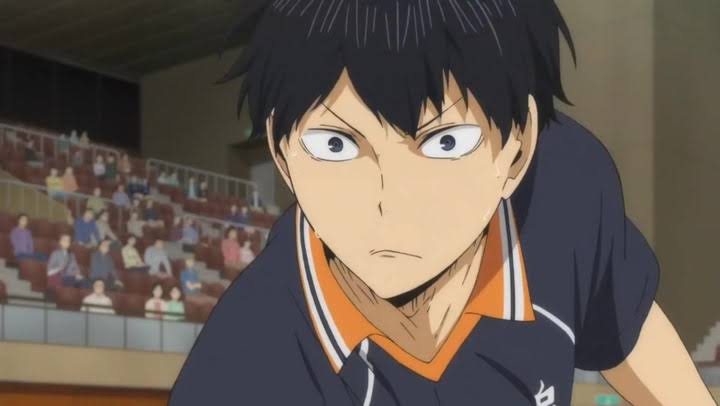 As revealed in the episode, Hinata did change his perspective and realized that he can learn a lot more from off-court. He realized that he can watch the whole court without any distraction. So, he started to notice every player and their individual abilities. Hinata saw the perfect form of Ushijima during smash, some best receiving techniques. Later on, he saw that a player is making a “split-step” before moving his whole body. Then he remembers that in middle school, his friend Tamayama Junpei once told him that- “the fundamental rule in tennis is just lifting your feet above the ground”.

Then he worked on his “split-step”. He worked on syncing his split-step with timing. In the beginning, he faced some problems but later on, he was able to sync it with his split-step. On the other hand, Kageyama made his appearance in episode 3. It seems like the Japan youth team is on a whole new level. Not surprisingly, Kageyama showed his prodigious skills in episode 3.

Haikyuu Season 4 Episode 4 will feature Kageyama and his youth national team. Episode 4 will reveal all the players that are selected for the Japan youth camp. Kiyoomi Sakusa will question Kageyama that how they could able to beat Shiratorizawa. This is where Kageyama mention Hinata for the first time. On the other hand, episode 4 of Haikyuu will also reveal that Korai can jump Higher then Hinata. All the great players, those who are attending the camp will praise Kageyama and said: “he is the prodigy.” Furthermore, Haikyuu season 4 episode 4 will also reveal the intense level of practice of the Japanese Youth team is doing.

Where to watch Haikyuu Season 4 Episode 4?