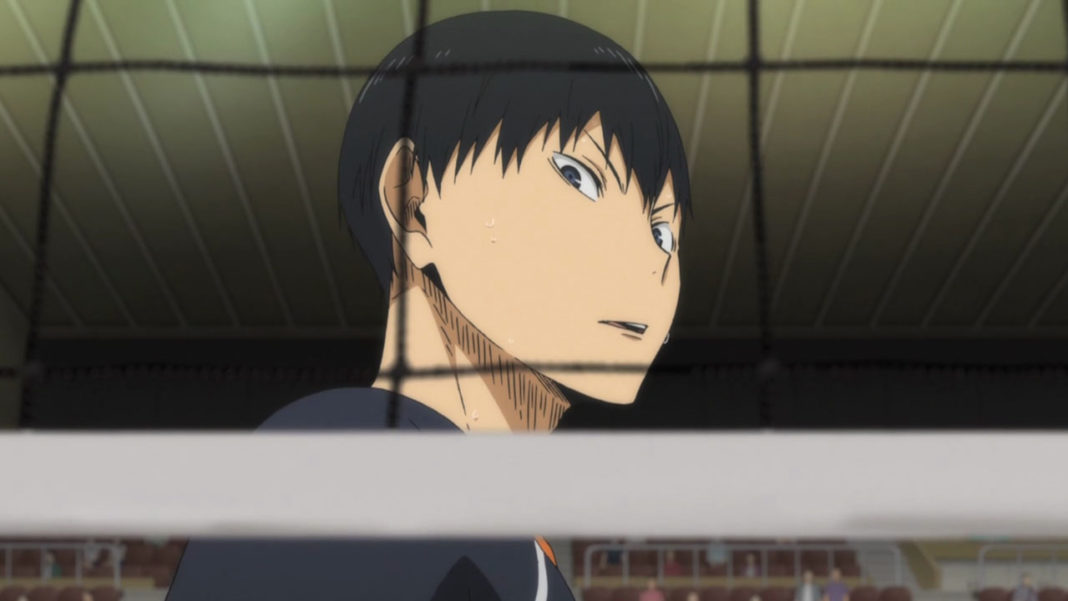 Furthermore, this post may contain spoilers. If spoilers bother you, I suggest you skip to the release date section. Otherwise, you can go ahead, so let’s get going-

In episode 7, Kageyama returned to his “King of the court” avatar. As we all know that he is fpretty rude and aggressive in his King form, this makes other members ignore him. But, this time his team members put every possible effort to understand him.

Even coach Ukai agreed that it is natural to be rude and aggressive as Kageyama wants to become best among the best. Furthermore, this time Kageyama forced other Karasuno to adjust themselves according to his sets for better results.

On the other hand, the coach was worried that this time Date Tech is now one of the most dangerous teams. And it’s better to say that they already succeed in creating an impregnable iron wall. Now, let’s get going for Haikyuu season 4 episode 8-

Upcoming Chapter- Haikyuu Season 4 Episode 8 will reveal that despite being extremely talented players in Karasuno, Hinata is the greatest threat to every team. “Blend And Distract”- this is the main objective of Hinata.

Furthermore, Haikyuu season 4 episode 8 will also display the strongest attack of Karasuno- “Quick Attack” of Kageyama and Hinata. With the help of Hinata, Karasuno will change the momentum and win a set against Date Tech.

Besides this, Episode 8 will also reveal that being the greatest decoy, Hinata is still a great spiker. All the things Hinata learned in the Training camp will help Hinata to break the “Impregnable Iron Wall”.

Where to watch Haikyuu Season 4 Episode 8?

Haikyuu Season 4 Episode 8 is going to release on 29 February 2020 at 1:25 JST. So, you can officially watch the eighth episode of Haikyuu season 4 on Crunchyroll and Hulu.

Besides this, there are various platforms where you can watch the 8th episode of Haikyuu season 4. But we recommend you to watch it on official platforms.

Oregairu Season 3 Will Release in July! Where to Watch, Future...