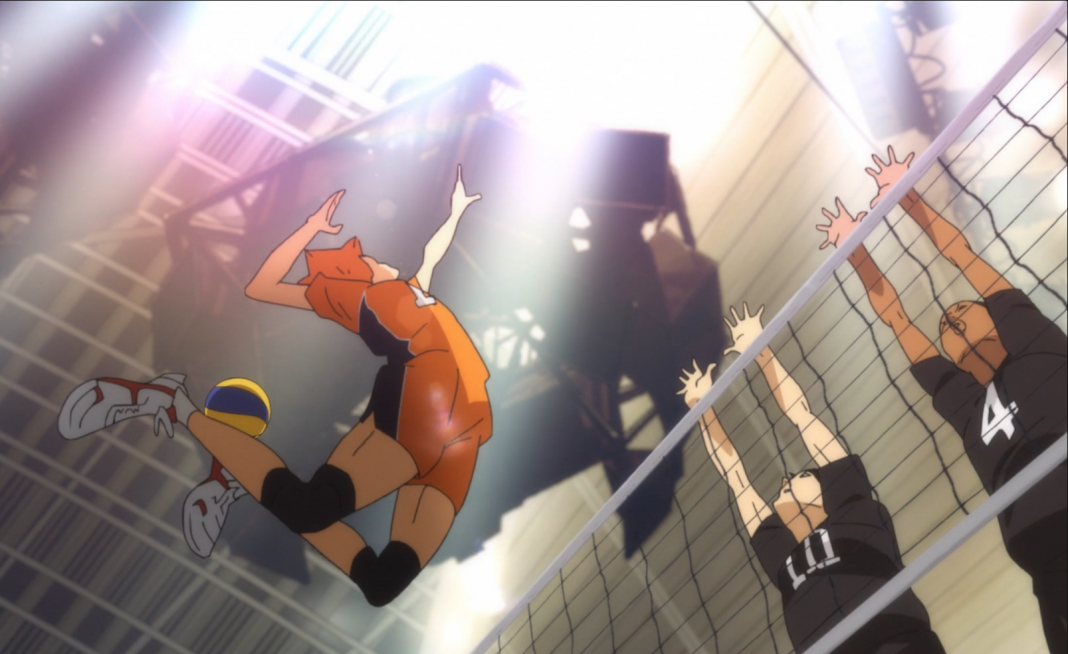 Rejoice Haikyuu fans, because the time has come for Haikyuu Season 4 Part 2 Episode 1. Unfortunately, Haikyuu was going to come out in July. Then COVID Happened. The anime will continue from it left from the previous season. Honestly, this season is going to be everything and one of the best till now.

Finally, the National Tournament Starts, and Karasuna High is hyped. After a fiasco, Hinta ends up losing his shoes but somehow gets them back. Well, it wasn’t the best start to the Tournament but it helps lighten the mood for others.

Karasuno’s first match was Tsubakihara High, which they ended up winning. We could also see the result of the training camp on Hinata and Aoyama. However, we can see that Hinata has hugely improved his Game Sense and technique. The Season ends with the team relaxing in the hotel after their match. Their next match is against Inarizaki High.

The new season will showcase the match between Karasuno and Inarizaki High.

The long-awaited day has finally come and with it the new episode of Haikyuu! titled “Rhythm”. Well, the first episode for the new season was totally epic. I had shivers almost all the time. The show continues off from where it left us in the previous episode. Almost in a matter of minutes, we can see the regulars of Inarizaki are very skilled. Our players from Karasuno have to play their absolute best to win.

The Miya Brothers are an absolutely dominating duo. Atsumu Miya was also called in for All Japan Youth Camp for volleyball. Inarizaki is also last year’s runner up. The match begins with a serving ace for Atsumu with his dual-wielding servers. Along with the plays from Inarizaki and their school’s cheering squad, the entire pressure was on Karasuno.

As Hinata was about to serve, The cheer squad for Karasuna came as they got lost before. Motivating the entire Karasuno team. We could also see some amazing plays from Hinata and Aoyama. Although Hinata did miss a free ball and hit it with his leg. Aoyama also acknowledged that he also fell for Hinata’s feint during their combo fo slide spike.

The episode ends with the Miya brothers, copying Hinata and Aoyama’s combo and scoring from it.

Haikyuu Epic Scenes and Plays from the 1st Episode

Welcome to our new section where we will show you some of the epic moments from the episodes.

When will the new Haikyuu Episode come out?

The second episode for Haikyuu will be out on October 9th. Haikyuu Season 4 Part 2 will have 25 episodes in total. Honestly, I can’t wait for the new episodes to come out already.

Where can you watch the New Episode for Haikyuu Season 4 Part 2?

All the new episodes for Haikyuu will be streaming on Crunchyroll from October 3, 2020. You can also watch the other seasons on Crunchyroll and Netflix. You also have the option to watch Haikyuu on Amazon prime too, but it has only the first two seasons.

Well, this is it for the update on the first episode of the new season for Haikyuu. Do let us know what you thought of the episode. Meanwhile, as you wait for the episode, I suggest reading Top 20 Sports Anime Like Haikyuu.