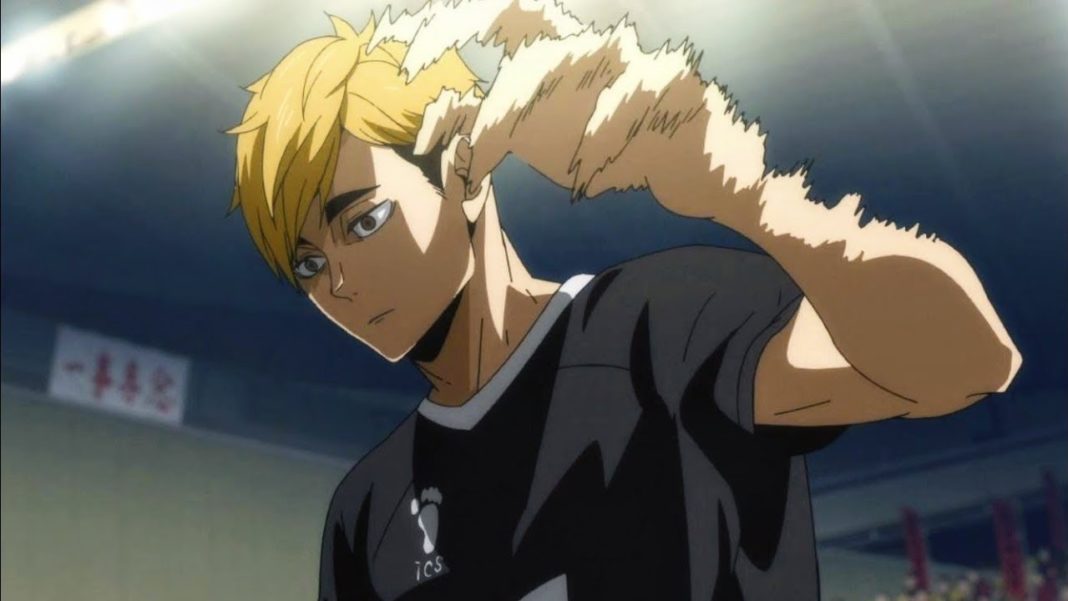 Haikyuu!! is a Japanese anime adaptation from its shounen manga series written and highlighted by  Haruichi Furudate.  Haikyuu!! comes under various genres such as comedy, drama, sports. Currently consisting of 85 episodes and 4 OVA’s(original video animation), Haikyuu!! has confirmed its 2nd cour for the 4th season. Here’s everything you need to know regarding Haikyuu season 5.

‘Haikyuu Season 4’ was divided into 2 cour. One of them has already aired, and the second cour will air soon. In this blog post, we have referred the 2nd cour as, Haikyuu Season 5.

Update: “Haikyu!!: To the Top” 2nd-Cour broadcast date has been postponed. It was originally due to broadcast this Summer 2020. You can use the Table of Contents to read more about the release date for Haikyuu Season 4 2nd cour.

Haikyuu!! season 4 ends with episode 13, showing the fearless crows competing against Inarizaki high school. The shows end mid-way through the match showing us the power and might of Inarizaki’s. Inarizaki consists of the Miya brothers Osuma Miya and Atsumu Miya. One being a setter and the other a spiker.

Atsumu starts the match with his powerful serve apprising the crowd. Later when its Karasuno’s turn to serve, the Inarizaki crowd Boo them. This comes to show the atmosphere of the arena and situation that Karasuno will face in season 5.

It is almost certain that season 5 will start with the continuation of their match. Season 5 holds a lot of hype as the fearless crows show immense potential and have plenty of opponents ahead of them.

Netflix confirmed that there would be the 5th season to Haikyuu!!. The production of Haikyuu!! calls season 5 as “Haikyuu!! TO THE TOP SEASON 2 “. Contrary to its name, the anime will pick up from where it left (TO THE TOP SEASON 1).

Haikyuu Season 4 2nd cour has been postponed to an unknown date. It was originally slated to air in Summer 2020.

There have been speculations as to when the next season will release. Our sources confirm that season 5 will air in Fall 2020. As for the date, it is still not released. But this release got delayed due to the obtrusion caused by the ongoing global pandemic COVID-19.

So far all previous episodes have been available on Netflix, Funimation, and Crunchyroll. As far as nothing changes the lastest episodes are expected to be available on the above-mentioned sites.

Please note that this post includes strong spoilers from the upcoming season, i.e, ‘Haikyu!!: To the Top’ 2nd Cour.

The manga goes to show us that the match between Karasuno and Inarizaki has ended and Karasuno has taken the win. Karasuno is filled with emotions as they had defeated the runner-up of the Inter-High competition. They move on to their next biggest rival -‘THE NEKOMAS’.The battle of the ages, where Karasuno takes on their most familiar team.

The match gets interesting as they have the battle of the beasts, battle of the setters, and battle of the blockers. Karasuno manages to rise to the occasion using Hinata and bag the win once and for all. Team Nekoma feel a sense of relaxation after defeat. Both teams sense the bond they had created over the past few months and agree to play once again next year.

Karasuno further moves on to play with The seagulls -‘Kamomedai high school’. This is where he meets the current holder of the name’ LITTLE GIANT’ (Houshiumi). Their team is considered to resemble ‘Date tech high’ in terms of their blocks. Furthermore, Hinata meets his idol ‘ The little giant ‘ but isn’t pleased to know that the little giant doesn’t play anymore. Hinata is dis-heartened but at the same time is motivated to own the title ‘Little giant’.

The game begins showcasing extraordinary placement, power, and skill from Hoshiumi. Karasuno decides to push back and overthrow them using Hinata. But Kamomedai takes advantage of its blocking tactics and keeps a firm ground. Hinata pushes himself to his limits and later ends up losing his mobility due to high fever. The team fails miserably without him and are out of the tournament. An amazing journey comes to an end, the entire team shows their gratitude and leaves the stadium with their heads held high with no sense of regret.

Even though further events take place in the manga, this might be the end of season 5.

Together, they take on the local tournaments and vow to meet Kurasuno’s fated rival school in the nationals. Join them on their journey to be the strongest version of themselves. After season 3 ended, Haikyuu Season 5 continues the plot (anime). Haikyuu manga is still ongoing.