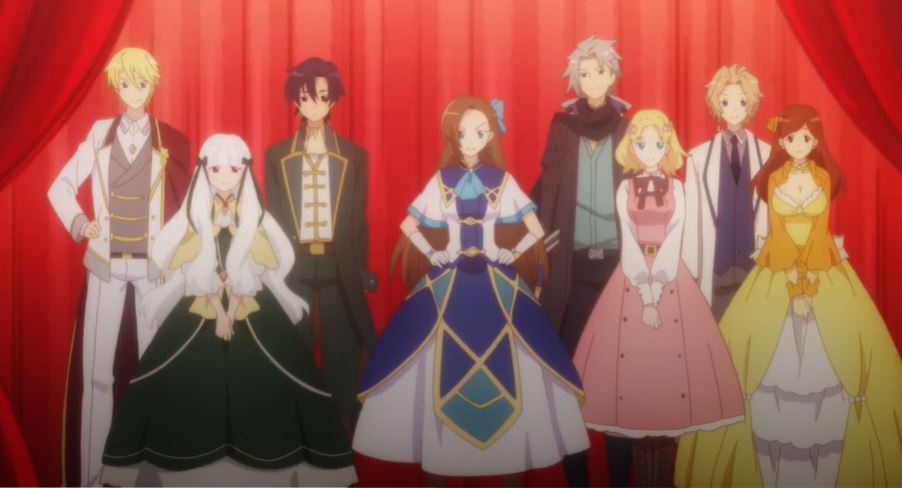 My Next Life as a Villainess Season 2 has finally announced its release date. Our main protagonist, Catarina Claes, reincarnated as a 17 years old Otaku in an Otome game. But her character in the game is that of a villain. To avoid trouble, she ends up changing her character. Eventually, people around her start taking a liking to her.

The first season for the anime came to an end in June 2020. They had previously announced the continuation of the series soon after that. But not much information was given about the same. Nevertheless, according to the recent updates, the release date for the second season of Hamefura has been confirmed. To know more about the upcoming season, read till the end.

My Next Life as a Villainess Story Line

The plot revolves around the younger daughter of a noble family, Catarina Claes. Unfortunately, she bangs her head, and it results in regaining her memories from the past life. In her past life, Catarina was an otaku. Then she realizes that it is a new world of Otome game, Fortune lover.

In the game, Catalina is reincarnated as the villain. She has no escape since the villain will get exiled in the end. But Catalina does everything to avoid the outcomes. She takes up all the countermeasures. But will she be able to survive then? What can be the outcome of the measures? Well, if you have watched Season 1 of My Next Life as a Villainess, you already know about it. The story is all set to continue in its second season.

In Season 2, Catalina Claes, the Duke’s daughter, regains her memories from her previous life. She lands up in the world of  Otome game, “Fortune Lover.” She is now a villain daughter whose aim is to become an obstacle in the main character’s love life. Without wanting to be a part of her surroundings she yet has to play the role of the villain. She takes the strong oath in her heart to not be dead. But will Catalina will avoid her life crisis and the misunderstandings? To know more about don’t forget to stay tuned to My Life as a villainess Season 2.

My Next Life as a Villainess: All Routes Lead to Doom Season 2 Release Date

Though Season 2 was told long back, the fans were greatly anticipating more details. To break through all the assumptions, the creators have finally announced the release date. Hamefura Season 2 will release in July 2021. The first season had 12 episodes in total. We can expect the same number of episodes from its upcoming season.

Other than this, How A Realist Hero Rebuilt the Kingdom will have a premiere in July as well, so while you are at it, make sure you read our recent anime releasing in 2021.

“Otome Game no Hametsu Flag Shika Nai Akuyaku Reijou ni Tensei Shiteshimatta” Season 2 has aired a teaser video on their youtube channel. Will Catalina be undergoing a vicious character again? To know what is stored for Catarina in the upcoming Season, Stay tuned to My Next Life as a Villainess: All Routes Lead to Doom Season 2.

What to expect from the second season of Hamefura?

Our creator Satoru Yamaguchi will create more troubles for Catalina. Also, Asmik Ace describes it in summary as “The curtain of human-like romantic comedy rises again.” In this Catalina will be challenged with new obstacles. She needs to be more aware of her surroundings. Her wrong steps can take her closer to death or the end of the Otome game. Furthermore, Nichion music corporation and Milika music is producing the music. Also, her journey in this series is expected to be entertaining and filled with a lot of laughter. Stay tuned to My Next Life as a Villainess: All Routes Lead to Doom? Season 2.

Where to Watch the second season for My Next Life as a Villainess: All Routes Lead to Doom?

All the episodes for the first season of the show are available to stream on Netflix and Crunchyroll. The second season will be available to watch on the same.

For the Season 2 of Hamefura, there are multiple possible directions the show can take. Hamefura’s 2nd Season can either adapt to the Verge of Doom Storyline or it can adapt Fortune Lover II, which acts as a sequel to the first Fortune Lover game. Season 2 will be fun to watch for all the Hamefura viewers.

However, if Hamefura decides to take the route of Fortune Lover II we will get to see much more magical abilities. And probably if Hamefura Season 2 will have more fights and better visuals than the first season. Although the Verge of Doom will be like a reboot of the first season, the different thing is Season 2 of Hamefura will follow Katrina but she is not reincarnated as a 6year old but as a 16 year old.

[Review] After two decidedly lackluster volumes focusing on Katarina's post-school life as an employee of the Magical Ministry, My Next Life as a Villainess: All Routes Lead to Doom! is finally back on its feet. https://t.co/LC5842YbnI

My Next Life as Villainess Season 2 storyline is a thing of debate for now as there are fans for both paths. However, be sure to keep up with this article in the future for more updates as soon as they are released.

Hamefura anime adaptation is originally inspired by its manga. The genre is around comedy, fantasy, Harem, Romance, Shoujo, and Slice of Life. It has also received a good rating for its story and Nami Hidaka’s illustrations. The English version of the manga is available in Seven Seas Entertainment. The Japanese version is available in Zero-Sum Online.

Hamefura is originally a Light Novel Series that has a pretty big fan base behind it. There is also a manga adaptation and as well as an anime adaptation. A large percentage of the fanbase wants to see an announcement for a second season. It will be interesting to see who will be producing the 2nd Season of Hamefura.

We will get to learn more as the release date of the anime has been confirmed in July 2021. Goblin Slayer Season 2 has also been announced, check here for more news. You can also read about Darling in the Franxx Season 2 here.

To know more about the coming season, do visit the official website of Hamefura. Also, for more updates, stay tuned to Spoiler Guy.

Twin Star Exorcists Chapter 90 Release Date and Where to Read?