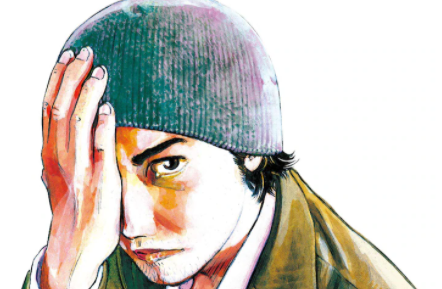 Homunculus is one of the most popular manga written by Hideo Yamamoto which launched in Shogakukan’s Weekly Big Comic Spirits Magazine. He released a total of 15 volumes of the series which has more than 4 million copies in circulation.

Homunculus tells us the story of a homeless guy who spends his life in a car which is between a park for homeless people and a really big hotel. Despite that fact he is homeless and has nothing, he’s always seen wearing fancy clothes and driving around his car. One day a mysterious guy asks him if he wants money in exchange for him drilling a hole in his head for an experiment.

He has no need for money, so he declines the offer. The next day his car breaks down and is required to be Towed. But he doesn’t have any money. Therefore he accepts the mysterious guy’s offer. After this bizarre experiment, The man changes, and his sixth sense is awakened. There are various side effects to it and it haunts him forever.

The Live-action Movie about Homunculus is supposed to be premiered in 2021. Which means it’s already underworks. Although more details about it are unknown but expect them to release more info before the end of this year. Meanwhile, Read more about Detective Conan Smartphone game Ends.

Stay Safe and Have A Nice Day!