Spoiler Guy
Home Release Date Horimiya Episode 4: Everybody Loves Somebody – Here is What You need... 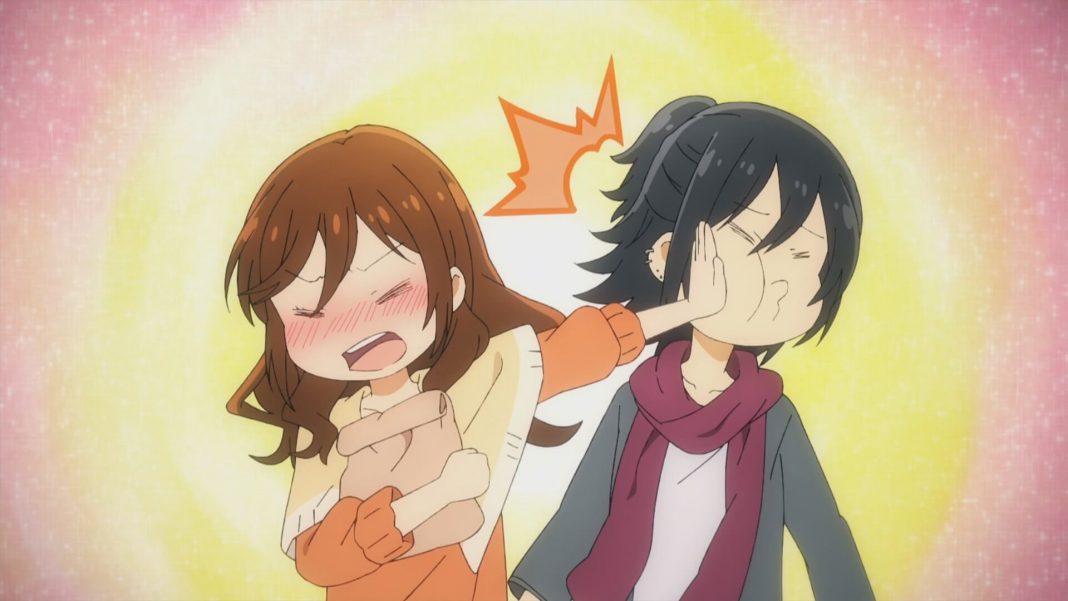 In this post, we will be talking about Horimiya Episode 4. Finally, Horimiya, the long-awaited anime, is here. The animation and the sound are holding up really well. It’s effortless to immerse yourself in the setting of Horimiya.  Masashi Ishihama is directing the show, and as we can see, the first episode was excellent. However, Horimiya Ep 4 will be coming out next week.

There is also a TV Drama and a live-action movie on Horimiya. There was also a 6 episode OVA for Horimiya. These were taken into consideration due to the overwhelming manga sales it had received ever since the beginning. It has a lot of valuable things to teach its readers, and it is adorable as well.

Horimiya is currently the town’s talk with its unique main characters sketch, and solid plot form its manga. Fans have great hopes for the anime adaptation, considering they don’t deviate from its source material,: manga. Horimiya anime is going to continue for 13 episodes. Clover Works is animating the series so that the art will be super useful. Read more to learn more about the upcoming Horimiya Episode 4 and learn more about the release date and the spoilers.

Horimiya Episode 4 – Everybody Loves Somebody

Horimiya has been taking things slow and going on par with its manga counterpart when it was initially released. This is done to keep the manga fans at bay and not disappoint them. Onn the other han, the anime fansd, don’t mind at all as the series has already shown signs of overwhelming fan service and cute unofficial couple moments. Now fans are really eager to know what happens in Horimiya Ep 4. Manga readers can expect their favorite scenes from the manga to come to life in the next 3 episodes.

Horimiya Episode 4 Release Date is confirmed as 31st January 2021. The very first month of this new year will end on a great note, with all the top animes giving us serotonin-boosting episodes the entire month. Make sure to stay updated with Spoilerguy for more such updates on release dates of the latest ongoing Anime and manga.

While you wait for the next episode of Horimiya to release, also check out our recommendation for Top 5 Romantic Anime You Should Not Miss!!

Where to Watch Horimiya Episode 4 At The Earliest?

Funimation is streaming Horimiya outside Asia in North America, the British Isles, Mexico, and Brazil. You can also watch Horimiya Ep 4 on Wakanim and AnimeLab.

We highly condemn any usage of illegal methods to download or stream the latest anime episodes. Using their respective licenses online streaming platforms helps promote the staff, studio, and creator. For a list of where to read and watch anime and manga, click here.

Hori-san to Miyamura-kun or Horimiya is a romantic comedy manga series created by Hero(Yes, his name is Hero). The manga started publishing under Square Enix and was also self-published. Its initial run began in 2007 and ended in 2011. But later, it had a second run from 2011, which is still ongoing.

It has completed a total of 15 volumes so far and has done moderately well in its manga sales. Horimiya received its anime adaptation in 2021 and has begun its journey towards greatness. Fans are now eagerly waiting for Horimiya Episode 4 to release.

That’s all for today, weebs. Hope you found this article on Horimiya Episode 4: Everybody Loves Somebody, Release Date, and Latest Updates. Make sure to check out our articles on:

Horimiya Episode 5: Did Miyamura really Confess? & Will Hori Reject Him?

Phantom Seer Chapter 16 Release Date and Spoilers, Where to read?