Most romantic comedy manga readers will be familiar with Horimiya. Hori-san to Miyamura-kun is a successful manga that began in 2011. Written and illustrated by HERO, this is nothing less than a masterpiece. The recent news from official sources has confirmed that Horimiya will be getting its anime adaptation. Let’s see what our sources have to say on the all-new Hiromiya Anime.

STOP WHAT YOU'RE DOING, EVERYONE! We're getting a Horimiya anime starting January 2021! https://t.co/E364oMSQsZ

The long wait has finally come to an end, this truly makes Hori-san to Miyamura-kun fans overwhelmed with joy. Due to the global pandemic, many productions have found it difficult to produce anime. But Cloverworks production is pushings its boundaries to make Hiromiya anime successful regardless of the global pandemic. Hiromiya anime is said to be released in January 2021.

Haruka Tomatsu is famous for her work in Sword Art Online as Asuna. Not enough? She voices Haru Okumura from Persona 5: Royal and Haruka Tomatsu form Mobile Suit Gundam 00. She has voiced over 130 characters for various franchises. Without a doubt, she is going to be loved by the fans of Hiromiya Anime for her voice. 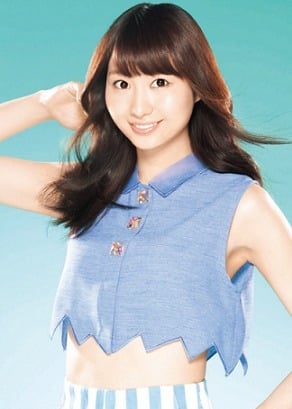 Kouki Uchiyama is playing Izumi Miyamura. Few famous works from him are Tsukishima form Haikyuu, Soul Eater Evans from Soul Eater, and Yu Otosaka from Charlotte. He has voiced over 100 roles making him really experienced.

Also, check out: Kawaii anime you should watch before you die

The Plot of Horimiya Anime is really cute. Hori-san is an extremely traditional family loving girl who is popular amongst her peers in high school. She is genuinely a normal highschool girl with normal characteristics. Miyamura-Kun on the other hand is the polar opposite. He has tattoos and piercings on his body which is completely unusual for a normal high school student. He is a good looking fanboy with nothing extraordinary about his character that meets the eye.

An unexpected romance is sparked between the two when they encounter each other outside the classroom. This cute and warm relationship that they have gives a cozy feeling to the fans.

Do Read: Can you work as a manga artist if you have low or improper vision

Well, that’s what we have for today. Do let us know what do you think about it. Make sure to follow our Instagram for exclusive anime news: @TheSpoilerGuy.