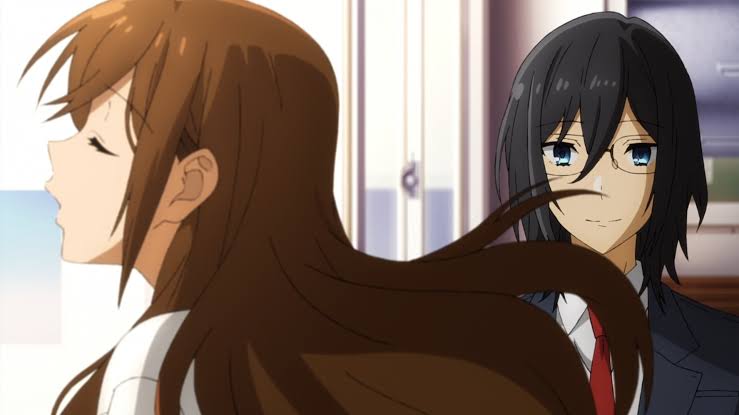 Horimiya has brought joy into our lives like no other anime. This fantastic piece of art hits different every time you see it. With every new episode, there is always something exciting to expect. The entire theme of the anime is so funny and heartwarming to watch, and the romance is out of this world. Its cuteness is something that youngsters and teens can enjoy regardless of how many times they watch it. Furthermore, fans are now expecting to watch Horimiya Season 2 and undergo those joyful moments all over again. So without any further ado, let’s get right into “Horimiya Season 2”, Renewal Status – Everything You Need To Know!

Rom-com anime fans across the globe have only one thing on their mind, and that is to know if Horimiya Season 2 is around the corner. Well, don’t you worry, as we have all the information on Horimiya Season 2 there is to know. As we all know the fan-favorite anime recently came to an end in April 2021. Every episode was worth watching twice with an amazing storyline and beautifully illustrated characters. Watching the story unfold one episode at a time every week was just a blessing during the pandemic.

But after a long search and browsing through our trusted sources, we have come to a conclusion that might not be in the likes of the fans across the world. Do make sure to read the entire article to grasp all the information there is to know about Horimiya Season 2.

Did anyone else think they were holding juice boxes? 🧃#anime #manga #animememe #meme #horimiya https://t.co/JfsyMpjkMT pic.twitter.com/WOJcFVnZfm

Season 1 was pretty amazing with a lot of emotional scenes alongside some ridiculous twists and turns. For those who started watching the anime without reading the manga, it would have been a whole new experience to see the story of these characters unfold. When we talk about character design, Horimiya does not disappoint as they have been carefully made to fill in the gaps whenever expected. Both Hori-san and Miyamura-Kun are lovable characters with unique character designs that make them very special in the rom-com genre.

The feeling of watching both these characters open up slowly and witness them truly understand each other for the sake of love and companionship is simply satisfying. If we watch closely you can actually see the depth and brains behind this whole story. It is actually pretty complex as to how these characters subconsciously crave each other’s presence and how their friends add up to their designated roles. The whole plot is a masterpiece that demands to be explored with every inch and detail begging to be noticed.

Recommended: Most Popular Anime Similar to Horimiya That You’ll Definitely Like Watching

This is when things get rough fellow weebs, our research shows that there might not be a second season to our beloved anime. Yes, you heard it right folks, we live in Spain without the ‘S’. Unfortunately, the anime has covered the majority of the manga series and has very little content left to cover in the form of Horimiya season 2. This causes a hindrance to the production company and the animation team as they won’t have any source material to refer to. Besides, the original content is always the best, so if there were to be any deviation away from to source material, then most fans would not enjoy it, hence tainting its name.

But on the other hand, we have good news as well. Horimiya has been renewed to produce two more OVA episodes. The two episodes are named “Midsummer Day” and “A Friendly Person”, both of which have a run time of just over 20 minutes. This news alone was enough to boost serotonin levels for many weebs and we hope it does for you too. But as of now, we haven’t received any official confirmation on Horimiya Season 2.

Where to Watch Horimiya?

Funimation was streaming Horimiya outside Asia in North America, the British Isles, Mexico, and Brazil. You can expect the same for Horimiya Season 2 on Wakanim and AnimeLab.

We highly condemn any usage of illegal methods to download or stream the latest anime episodes. Using their respective licenses online streaming platforms helps promote the staff, studio, and creator. For a list of where to read and watch anime and manga, click here.

Horimiya Season 2 plot will most likely feature its source material and show how their relationship deepens in the cutest ways possible. What’s even better is that they also show the surrounding relationships progress in unimaginable ways. A time skip is also yet to be adapted by Horimiya Season 2 which is guaranteed to throw all the anime fans off guard.

Other Versions of Horimiya

Feel depressed? here are a few other versions of Horimiya for you to watch. Horimiya is a very famous manga series that has an anime adaptation. But did you know that the series has an OVA series that has 4 episodes? Furthermore, now it has also been confirmed that there will be two more episodes added to that list in May 2021. What’s more? well, Horimiya also has its very own Live-action film and TV drama series. The television series has a total of 7 episodes and they do not fail to make you happy. It was just wholesome and refreshing to see real humans play the role of imaginary characters that we have already seen in the anime.

Possibilities and Predictions of Horimiya Season 2!

Hypothetically speaking, if there were a way to add in a few filler episodes and elaborate the story of the manga, then it may be possible to receive a season 2. But again, the chances of this happening are slim to none. Some things are best left the way they are before trying to improve and later end up ruining it.

Horimiya initially started off as a manga series written by Hero and published by Gangan Comics and Square Enix. It comprised of 10 volumes and ran from 2007 to 2012. Later Hori-san to Miyamura-Kun Omake was released in 2012 comprising of 14 volumes and has just recently ended. Seeing the popularity of the manga and its interesting plot, CloverWorks decided to take on the production for the anime adaptation of the series. After receiving an anime adaptation the popularity of Horimiya shot up to the stars and is now one of the best rom-com animes out there.

Well, that’s all we have for today on “Horimiya Season 2”, Renewal Status – Everything You Need To Know!. Hope you guys found this article informative and enjoyable. For more such updates on the most interesting, exclusive, and latest anime news, do make sure to visit Spoilerguy.

Recommended: Bunny Girl Senpai Season 2 Confirmed for 2022? Why Is There A Delay?

Dragon Ball Super Chapter 69 Spoilers and Leaks Hint Towards a...

Dr. Stone Chapter 196 Release date, Expectations and Where to read?