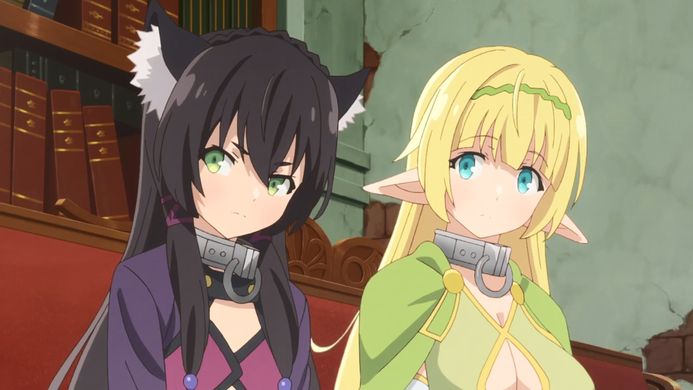 How Not To Summon A Demon Lord is a popular anime of 2018. The anime had 12 episodes in its first season when aired from July 5, 2018, to September 20, 2018. Besides this, the anime covers up the genre: Comedy, Fantasy, and Harem. And the second season of the anime is announced recently which we will discuss later in the blog. As for the plot, here is a quick recap of the first season –

The story of this anime revolves around a hikikomori gamer – Takuma Sakamoto. Like most of the other gamers, Takuma Sakamoto too spends most of his time playing games. But one day, he finds himself in his favorite Massively Multiplayer Online Role-play game called Cross Reverie. Besides, he gets the appearance of his character – the Demon Lord Diablo. Later, we find out that our main character was summoned by the Pantherian Rem, and the elf Shera. At first, they use a spell to make Takuma Sakamoto their servant but thanks to “Magic Reflection” due to which they end up being his slave.

Now their main aim is to get Rem and Shera free from the magic. While our hero Takuma survive in the new environment using his knowledge of the game.

How Not To Summon A Demon Lord Season 2

Recently, The official website for the anime How Not To Summon A Demon Lord announces about the 2nd season. Moreover, The title of the second season is Isekai Maō to Shōkan Shōjo no Dorei Majutsu Ω. Satoshi Kuwabara will be the director of the second season of How Not To Summon A Demon Lord. Besides, Kazuyuki Fudeyasu – the writer will be working with the studio -Tezuka Productions for the 2nd Season of Isekai Mao to Shokan Shojo no Dorei Majutsu.

Season 2 of the anime How Not To Summon A Demon Lord will be out in 2021. However, no fixed date is out yet. But, stay tuned to our website for more information. We will be updating the blog as soon as we get new information.

Naoto Fukuda made a Special Illustration for the announcement of How Not To Summon A Demon Lord Season 2. Here is it.

Well, that’s what we have for now. Thanks for reading. While you wait for How not to summon a Demon Lord’ 2nd Season. Make sure to read our recent on High School DxD Season 5, OreGairu Season 3, and Dr Stone Sason 2.

Moreover, Make sure to follow our Social media accounts for exclusive news and spoilers.