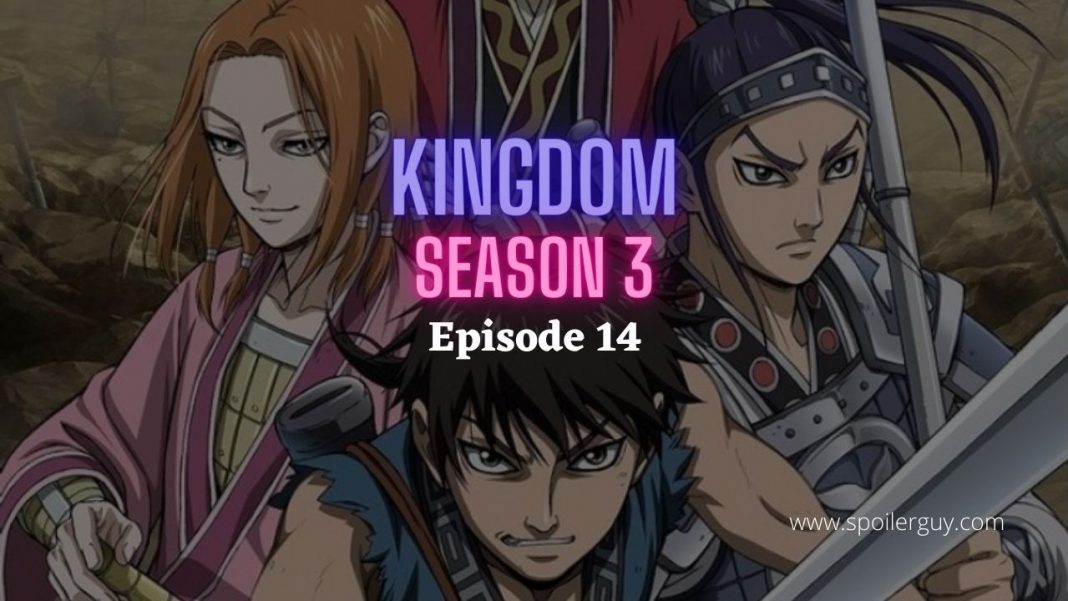 Kingdom has been entertaining us since 2012. But with each episode, the plot becomes more interesting. After the latest release of Kingdom Season 3 Episode 13, everyone was anticipating episode 14. However, there has been a delay reported the episode is said to not release on July 4 or 11th instead it will release a week later.

Sanyou campaign has been successful. Li Xin is closer to a dream King Ying Zheng has once seen of unifying China. Qin army now controls eastward warring states. It has been all possible due to Wei who had left a geographical footprint.

There has been a delay reported. According to the latest announcements, Kingdom Season 3 Episode 14 will release on July 18, 2021. The upcoming battle will release more details about the ongoing battle of Hangu Pass. Will the Qin Generals be able to hold the consequences of the war?

You can also read: Kingdom Anime Season 3- Everything We Know So Far!

Where to watch Kingdom Season 3?

The studio responsible for animating Kingdom is Signpost. Shueisha handles the production with NHK. Funimation takes care of the licensing. Yasuhisa Hara is the creator and illustrator of Kingdom and the plot has been an inspiration for many years. The journey will continue till Qin achieve their goal of unifying China. Also, It is advised to watch the series legally and support the creators via Funimation, if available in your country.

That’s all about Kingdom. For more information stay tuned to Spoilerguy!