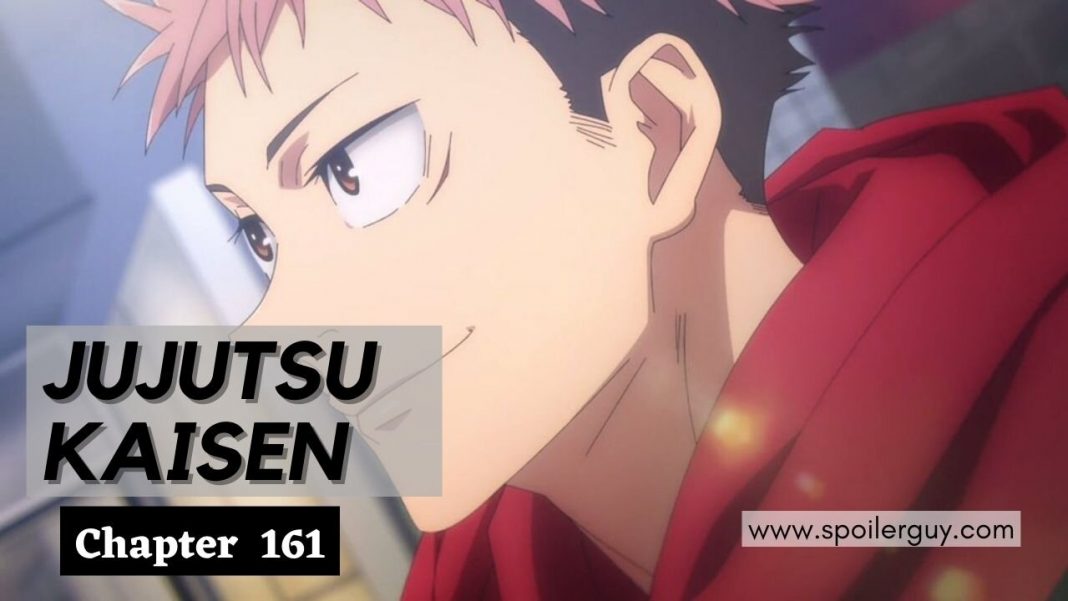 Geto explains this in the most recent Jujutsu Kaisen Chapter. The sorcerer, who is curled up on the pillow, asks aloud who the man is speaking to. Geto smiled as he reminded him that he was the remnants of execution and the center of the barrier when he believed he was in his home.

yeah jujutsu kaisen is a slice of life pic.twitter.com/lcHk3AoLLh

Geto adds that the person who enters the barrier has the option to escape, but only gets one opportunity. Geto continues to tell his tale despite the man’s doubts that it’s all a dream. He was cursed by Geto because of the chasm that exists between reality and his dreams.

They stroll hand in hand, holding each others. Geto chimes up with the observation that the impatient ones have already left. The two of them descended farther into the cavern, which became more gloomy. They later reappeared in the middle of a monster-infested town.

Geto gets a flash of insight and recalls something he neglected to convey to the youngster. Thank you for your cooperation, he says to the kid. Unbeknownst to him, this youngster has been speaking about his childhood friend, Sasaki. When he arrived, he encountered a man who claimed to be Iguchi and stated he was delighted to see someone he recognized.

– Crossing over to the ocean of curses. Let the game begin!

If you’re wondering where this is, it’s between Kotodai and Hirose street, according to the man. When Iguchi inquires about what exactly it is, the other man replies that it’s an occult club.

The newcomer inquires about Iguchi’s appearance, and they both gaze upward. He asks if he may tell you about his dream. The kid wonders whether Iguchi saw him in his dream as well. Iguchi responds that his dream is about a long-haired man in Keas who is noticed by everyone.

One of the other guys overhears the new kid remarking that he hasn’t seen a long-haired man. Cut to Idatori and his companions, who are studying the Culling Game card. Yuuji is unsure whether or not there is an angel. Panda examines the names of the players and notices that several, such as Yuuji and Sakuna, are not their actual names. Megumi reminds them of what Master Tengen said about Colony #2, which is in East Tokyo. Hakari wonders whether they recognize that person’s face.

Hakari asks whether Megumi is sure since she says they know on sight. Hakari and Panda agreed to take Tokyo No. 2 Megumi, while Yuuji would take Tokyo No. 1. Outside the gates, Kirara will be waiting. Panda wonders what Hakari’s motivations are when he asks them whether his plan is flawless. Hakari explains that Kashimo is the most powerful player, and he must deal with him.

Kirara is perplexed as to why she isn’t part of the plan. Panda has an excellent sense of smell and can track down the angel. Because cellphones don’t function within the barrier, Okkotsu can’t contact them, and they need someone to keep an eye on everything outside, including Kirara. Yuuji wanted to work alongside Megumi. Megumi advised him to calm down and that they couldn’t switch positions. Yuuji responds that he is concerned and that he had a disagreement with Megumi. Panda advised the two to avoid fighting and that’s how chapter 161 of Jujutsu Kaisen came to an end.

The Jujutsu Kaisen manga by Gege Akutami is serialized in Shueisha’s Weekly Shonen Jump magazine, with a new chapter issued every Sunday. The Jujutsu Kaisen Chapter 156 will be released on October 3, 2021, at 12:00 a.m. JST, in accordance with the previous chapters’ timetable.

As of yet, no delays have been recorded. If there are any unexpected modifications, they will be recorded in this article.

Also Read: Most Popular Jujutsu Kaisen Quotes To Live By!

– Crossing over to the ocean of curses. Let the game begin!

Where to read Jujutsu Kaisen Chapter 161?

The latest three chapters of Jujutsu Kaisen are officially available for free to read on VIZ and Mangaplus. But to read the old chapters you need to pay an amount of 3 dollars. The raw scans for Jujutsu Kaisen 161 will be released by October 3 at the earliest, with fan translations following on September 24th.

This is all about Jujutsu Kaisen chapter 159. Furthermore, the chapter will be updated with time. Till then Stay tuned to Spoilerguy.