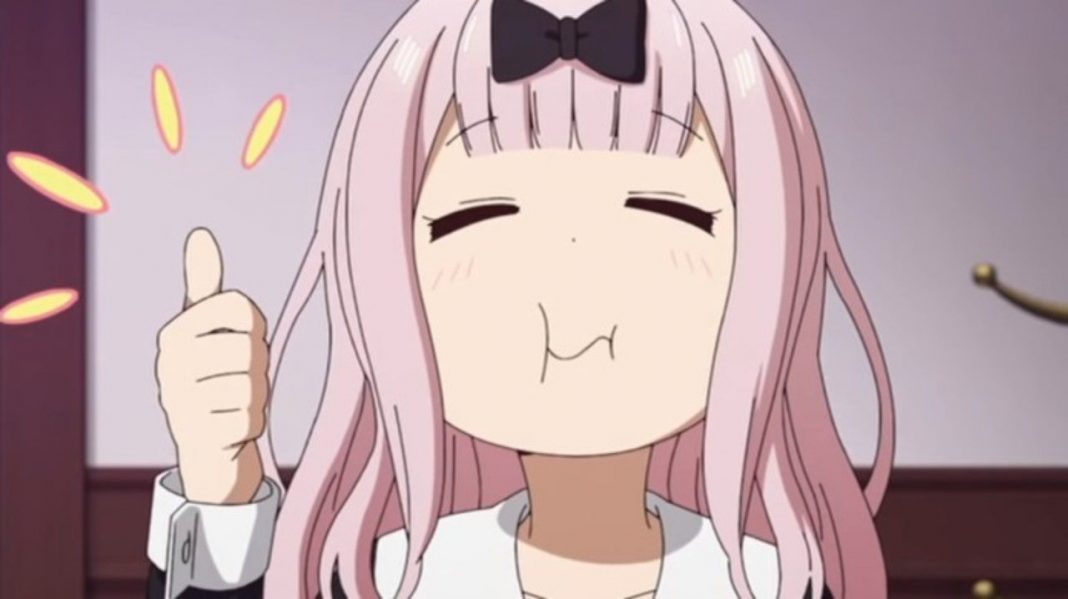 Well, who isn’t waiting for Kaguya Sama Season 3 to drop? The official website for Kaguya Sama: Love is War recently made an announcement, and it says, the Kaguya Sama Love is War Season 3 and an OVA are currently under production, the key visual and trailer for this will soon make an appearance on the internet. Wanna know when? Let’s find out.

In this post, we have included every small and big details you need to know about Kaguya Sama Love is War Season 3 –

At the famous Shuchiin Academy, Miyuki Shirogane and Kaguya Shinomiya are the student body’s most popular representatives. Ranked as the top student in the nation and recognized by peers and teachers alike, Miyuki works as the student council president. Along with him, the vice president Kaguya—eldest daughter of the wealthy Shinomiya family—who is good in every possible field. They are the envy of the entire student body, regarded as the perfect couple.

However, despite both having already developed feelings for the other, neither are willing to admit them. The first to confess loses, will be looked down upon, and will be considered the lesser. With their honor and pride at stake, Miyuki and Kaguya are both equally determined to be the one to emerge victorious on the battlefield of love! Here is the trailer for the anime –

With 2 seasons on the air, Kaguya Sama: Love is War surely is going places. The manga recently won the 65th Shogakukan Manga Award in the general category. Hence, fans being all the more excited for Kaguya Sama Season 3.

After the release of 2 successful seasons of Kaguya Sama: Love is War, fans have been eagerly waiting for the 3rd season to drop. The second season finished airing in June 2020, and it is only October 2020 but they have already made an announcement regarding season 3. This hints at what exactly did the second season accomplish.

As of October 2020, the production for the 3rd Season of Kaguya Sama: Love is War has been greenlit. A promotional video or a Key Visual is highly expected in the coming months. If there is any, we will make sure to update our article and add the new details.

Currently, there is no official confirmed release date for the anime. However, if I were to predict. Kaguya Sama: Love is War Season 3 will release in Summer 2020. As for the Kaguya Sama OVA, it might release in Spring 2020.

Please note the aforementioned release date is only possible if there is no big delay in between.

While you’re at it, make sure to read our recent on Demon Slayer Season 2 and Dr. Stone Season 2.

The anime is following the same plot as the manga, and as for the official “spoilers”, there won’t be any until we get a trailer for the 3rd season of Kaguya Sama Love is War. So, if you can not wait for the anime adaptation, we suggest you read the manga for Kaguya sama instead. The last episode of Kaguya sama: Love is War covers up chapter 100 + 101- Cellphone arc and chapter 91: Balloon pumping.

As of now, the manga has more than 10 million copies in circulation. The manga for Kaguya Sama: Love is war is still ongoing and there is more than enough plot for the anime to even create a 4th season from the manga’s story.

All the chapters of Kaguya Sama: Love is War manga is available for free on Viz.

Kaguya Sama: Love is War is a popular Japanese romantic comedy manga series that began serializing in Miracle Jump in May 2015. However, due to an unknown reason, the manga was given to Weekly Young Jump in March 2016. The Manga is written and drawn by Aka Akasaka. The first episode of the anime adaptation for Kaguya Sama’s first season got out in January 2019, followed by a second season in April 2020 and now Kaguya Sama Season 3 is scheduled for 2021. Here is the promotional video –

Plunderer Season 2 – Renewal Status on the Upcoming Season of...