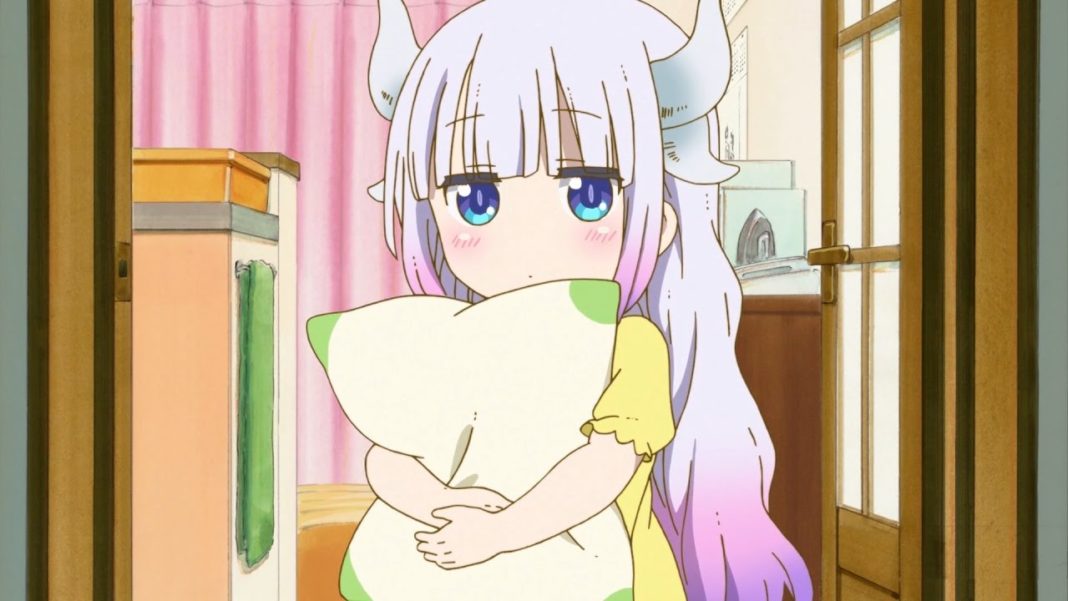 I spot Loli/Animals in anime and get a nosebleed! But trust onee–san and give her a chance. You won’t be disappointed and on top of that, you will be delighted to watch these Kawaii Anime before you die! hajimaru yo! Aah chotto matte! All of them have a tint of a slice of life/comedy in it and you might get teary here and there but the shows are worth your tears! so sit with tons of ice cream, cola, chips and relax. Let these kawaii animes heal you inside out and help you feel loved because you deserve all the love in the world

Poco’s Udon World -2016 ! is probably one of the animes which you never realise. But it just gets stuck in your mind and that’s what happened with me and I legit love it! So SOUTA visits his countryside hometown after his father’s death and he finds a strange but Kawaii Lil boy in his otto-san’s udon shop! Well, he searched if the boy is lost but surprisingly couldn’t find a clue and kinda abandon him! he eventually knew the boy is a tanuki ( a magical creature ) and freaking cute so goes back to find him and he decides to adopt him and then the journey of Souta’s rediscovery begins! It has emotional, heartwarming, scary and most important freaking kawaii scenes! It has 12 episodes (24 minutes each)! Perfect Kawaii Anime.

2. Wataten!: An Angel Flew Down to Me

Wataten!: An Angel Flew Down to Me- This one is the most kawaii in 2019 !!! the genres of this anime are a comedy, a slice of life, bunch of kawaii AF girls (basically yuri)! Hinata goes to elementary school and can easily get along with her Tomodachi but her elder sister(Miyako-mya nee) is opposite who hates going outside/interacting! Hinata keeps bringing her friends home which eventually makes my nee more comfortable and she could use them to cosplay her dresses she makes (basically makes otaku clothes)! With more kawaii days coming and Miyako socializing more they all have fun, cookies and kawaii moments together! And I can relate to this anime more because I have to freaky beautiful elder sister and I adore her! bleh, this kawaii anime is so sweet makes me drool! It has 12 episodes (24 minutes each) and an Ova!

The Helpful Fox Senko-san– I am going to say the N-word! eh, don’t judge me this anime will make u say it! No, it’s not what you think its NANOJA, I got you there, didn’t I! So this anime is about NANAKO whose life is plain and he’s stuck to be in a company which makes their employees work to death! With all the darkness and depression encroaching him a LEGAL LOLI comes to rescue and changes his dark life to wholesome!

Senko san is an 800 demi fox god and with her fellow foxes will calm your heart and wipe away your sadness. A perfect Iyashikei that we all need in life paired up with seinen which brings happiness with a toss of comedy! oh, you will get Super Senko Time at the end of each episode which will keep you from drowning. It’s ongoing I will list down episodes later.

Himouto Umaru–chan-  A perfect highschool girl, talented, tops her class, hard-working and responsible when outside! But as soon she gets home to her brother’s(their) home, throws on her hamster hoodie-she devolves into the ultimate bratty chibi sister! Rolling around all day in an otaku cloud of games and chomp on junk food while her exhausted older brother takes care of everything in the house. It’s packed with comedy, sense of modern life with love of family and friends Umaru with her older brother will make it work! 12 episode (24 minutes) and a special series (2 minutes) of 12 episodes!. It’s my personal favourite Kawaii anime.

Kobayashi-san Chi no Maid Dragon!– Cutest bunch of dragons! you get loli, maid, F cup, Shut-in Neet dragons all in one anime! Kobashi is working for a company which uses the best of her and with few hours of her busy life she likes to spend it with her co-worker drinking after her work! But once she’s drunk she becomes loud and overly confident! On one occasion she gets drunk and ends up meeting a dragon who is hurt in some deserted place. And due to her intoxication manages to not only stand up to a creature that could kill her in a matter of seconds but also invite the dragon, called Tohru, into her house to become her maid.

Tohru agrees, much to a sober Kobayashi’s shock and confusion. And thus begin the misadventures of Kobayashi and Tohru together. With more inclusion of dragons and people this anime has love, fantasy, comedy, adventures going on and altogether is wholesome! It has 24 episodes in season 1(24 minutes each) with an Ova and chibi anime too! Also, it’s getting a new season in 2019! Most recommended Kawaii Anime.

Chi’s Sweet Home! -2016! Chi might be the most freaking Kawaii Neko in the world! Chi is an adventurous and mischievous kitten which gets lost and struggles to find her family that’s when a young boy with his mom takes chi home! She then lives with her new family, learning about different things and meeting new people and animals. It’s full of interesting episodes very enjoyable, short and sweet, with humour and sometimes sadness! it’s 3D CG anime of total 51 – (12 minutes long) episodes in season 1! And 25 episodes of season 2! Which are a lot and you deserve that! Well, that’s not the end! More Kawaii anime with bonus sweetness is on way!

Musical instruments are foreign to me and so this anime was less intriguing to me. And on top of that, it has an instrument which is extremely rare which originates from Japan. So with less or not a lot of expectations I gave it a try and I don’t regret it! If it isn’t obvious by now, Kono To Tomare focuses heavily on koto (traditional Japanese musical instrument) but that’s not it! Before I begin with a storyline I would like to address that it has very Chihayafuru vibe!

Takezou Kurata ends up a sole member of koto club after his senpais graduated and with the start of the new year. He faces the risk of termination and suddenly out of nowhere, a delinquent looking boy-Kudou Chika (looks like Usui legit) barges, demanding to join the club! Then Houzuki Satowa (a prodigy of koto) joins in too forcing more members to join the club. And aim for national koto title together! With that aim, they struggle together with romance, a teacher, everyone’s weakness and failure! It is packed with comedy, overwhelming efforts of each other, determination, romance and most importantly koto! now it is an ongoing anime but when 5th episode got out I somehow slid into manga and ended up reading the manga(ongoing) in one sitting! and then I discovered the sound of koto which I love! Well, this one is Onee-San’s most recommended Kawaii anime.

So, just like Chihayafuru, it involves competitions with every worthy opponent they encounter and with practising hard their relationships with each other get-ups and downs but it also helps them grow individually!

Well, that’s all for the onee-san’s recommendations of Kawaii Anime.

Cute Anime Girls that We all Adore!!