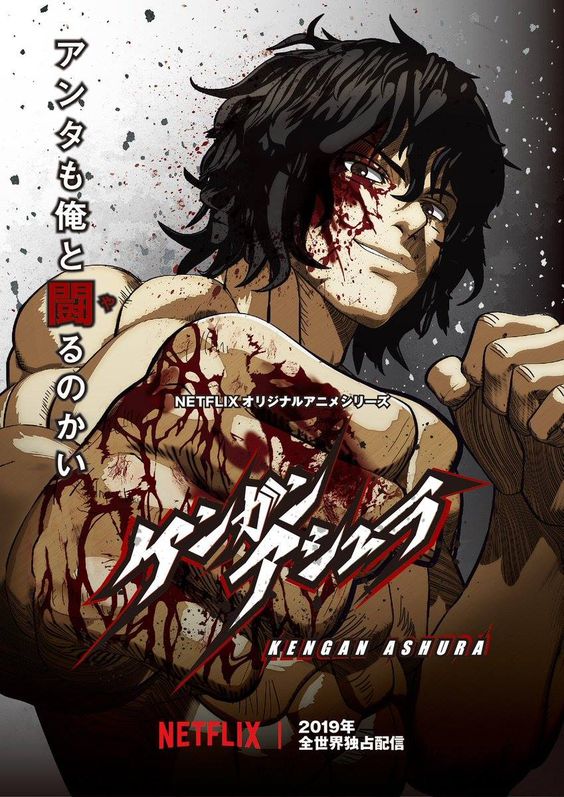 Netflix is one of the biggest streaming services with almost 150 million subs and it knows that millions of people around the world watch anime. So, it brings a lot of amazing anime in the library. And they don’t show any sign of stopping, as a result- the library getting bigger and bigger!. Recently, one of the golden piece of the Netflix anime library- Kengan Ashura hit fans with an exciting update. According to update-  the anime adaptation of Yabako Sandrovich and Daromeon- Kengan Ashura part 2 is going to release soon.

Recently, the official website Kengan Ashura announced the news of 2nd part of the Kengan Ashura. Besides this, this 2nd part is going to premiere on 31 October, worldwide under the Netflix streaming service. Furthermore, this part will consist of- episode 13-24.

Kengan Ashura‘s anime adaptation is directed by Seiji Kishi for Larx Entertainment. Makoto Uezu is managing the composition for the series. Furthermore, Kazuaki Morita is responsible for designing the characters, and Yasuharu Takanashi is composing the music for the series. Besides this, the opening theme is titled, “King & Ashley,” as a present by MY FIRST STORY, and the ending theme, “Born This Way” is performed by BAD HOP.

“Kazuo Yamashita is an ordinary fifty-six-year-old man who one day is summoned by the chairman of his company and hired as a gladiator. He learns that these hired gladiators engage in battles called “Kengan Matches: to protect the corporate rights of the businesses they represent. Kazuo Yamashita is assigned to battle a mysterious Kengan fighter named Ohma Tokita. Both men join the “Kengan Zetsumei Tournament” with the hope of winning the spot as chairman of the Kengan Organization.”
Well, that’s what we have for today. Make sure to follow our Social media accounts for exclusive updates on anime news. Besides this, Make sure to read our latest Black Clover blog: Black Clover Episode 101 Spoilers Finally Revealed!