Demon Slayer Chapter 205 marks the ending of Kimetsu no Yaiba manga. With successfully taking 18 spots in the Oricon’s Top 20 Volumes of the April month, the manga is going places.

As promised, the spoilers for Demon Slayer manga are here. And just like every other time, we are the first one to bring you the leaks. So without any further delays let us get started.

Please note that this post may contain spoilers from the manga. Only proceed if you have already read Demon Slayer manga.

This is the last chapter of the manga that revolves around the modern world. Obviously, the old characters won’t be alive anymore. But their legacy is being passed down from one generation to another.

Here are the spoilers for Demon Slayer 205. Make sure to follow us on Twitter for exclusive spoilers on other popular manga. 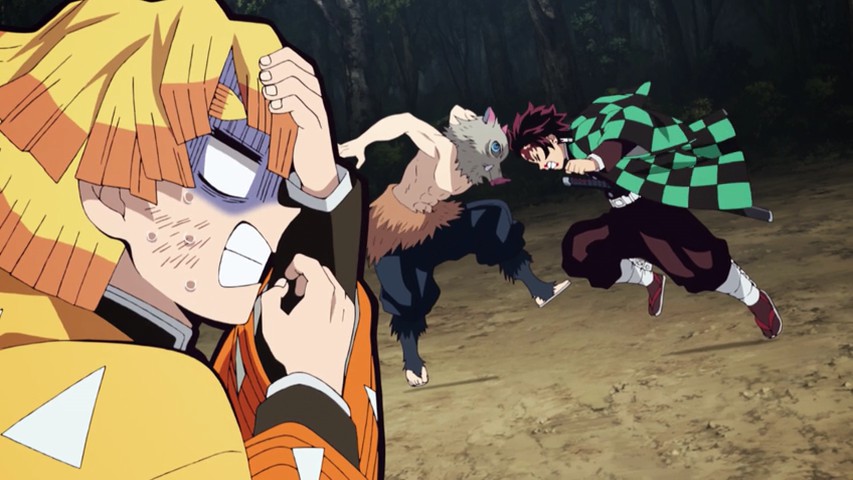 The last chapter is set in modern times, with a color bottom page and 24 pages in total.

As per the weekly schedule of the manga, Demon Slayer Chapter 205 will release on 17 May 2020 with no delays in the releasing schedule. As of now, no continuation has been announced.

Here are the spoilers for the 205th chapter of Demon Slayer – Kimetsu no Yaiba manga.

#DemonSlayer Chapter 205.
BIG time-skip ⏰
All the original characters from Demon Slayer passed away. The popular ones are reincarnated. The ones wee see in this chapter are their descendants.
It seems all our ships got approved by the creator.

The chapter starts with a big time-skip, some new characters are being introduced in the chapter that exactly look like the ones we adore so much. All the new characters are the descendants of the most popular characters from the Demon Slayer. There are several students – Rengoku and Tanjirou seem really close to one another.

We see a Kindergarten teacher, a director, scientist, policemen, and husband-wife(shop owners). The Husband and Wife Shop-owners are Mitsuri and Obanai. The Policemen are Sanemi and Genya. The Scientist is Inosuke. And as of now, the director and teacher remain unknown.

The chapter ends with two characters from the old era being shown, One human and one demon on a yellow picture, next to it are certain earrings(Hanafuda?). Someone watches over them carefully in silence. The End!

While you wait for the Demon Slayer 205 to drop, make sure to read our recent on One Piece delay!

The official summary for the upcoming chapter is out, please note that the chapter will be soon available online. For now, you can read the summary for Demon Slayer 205 here –

The chapter starts with Kanata waking up Sumihiko (the descendants of Tanjiro and Kanao), then we see Agatsuma Yoshiteru, the one who looks like Zenitsu who is reading the story of defeating Muzan, which made him emotional.

Suddenly he gets kicked by his older sister, Yoshiteru. Then we see him talk about Reincarnation to Touko. Yoshiteru says, “I believe in reincarnation. Everyone must have been reincarnated to live happily in this world, especially those who gave their lives to fight demons”.

Then we see Yoshiteru fangirling on a gymnast champion(looks like Uzui).

Then we see Botanist in the news (who looks like Inosuke). Unbelievably, he’s a scientist who discovered the Blue Spider Lily. Agatsuma mistakes him for a girl.

They met Kanata on the way, Kanata and Touko both compliment each other. On the other hand, Sumihiko is late to school, so he jumps off the window and runs towards his school. Yushiro and Kiriya are still alive.

The police(Genya and Sanemi) finally caught up to Sumihiko and called his family, his mother picked up. In his house, we see a Katana, a pair of earrings, and an old photograph as well.

Kimetsu no Yaiba manga thank readers for their continued support for reading until now, please look forward to next Koyoharu Gotouge’s works. Vol. 21 will be released on July 3rd and Vols. 22-23 will be announced on the official website (October and December).

Demon Slayer Chapter 205 will be out soon. Please stay tuned!

Where to read Demon Slayer Kimetsu no Yaiba manga?

Kimetsu no Yaiba chapter 205 and all other chapters of this manga are available on the internet. You can read the manga for free online on Viz Media and Shueisha in English, Espanol, and other languages.

You can also buy the hard copy of the manga (if available in your country) to support the creator. Please look forward to Kimetsu no Yaiba Chapter 205.

With the End of Kimetsu no Yaiba, manga readers are now looking forward to the anime adaptation of their favorite manga, i.e, Demon Slayer Season 2.