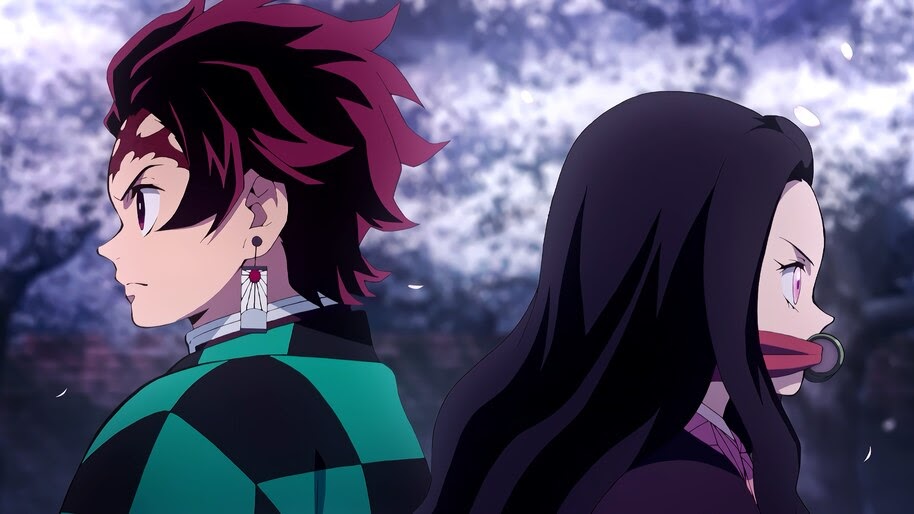 Howdy guys, In this post we are going to be talking about Demon Slayer Chapter 203. We have included information regarding the release date and where to read it legally. Note:- This post may contain spoilers. If spoilers bother you, I suggest you stop here or skip to the release date section. From here, proceed with the utmost care-

As we all know that Demon Slayer is the world-famous franchise. As the story is advancing towards its end, fans are expecting more from Kimetsu No Yaiba Chapter 203 which is quite obvious. So, without any further delay, let’s get going for Demon Slayer 203. But before, let’s recall the previous chapter-

Giyuu noticed that Tanjiro turned into a demon and gave an immediate order to execute Tanjiro. In order to protect her brother, Nezuko stepped into the chaos. But guess what Tanjiro bit her.

Now, in order to protect Nezuko, all the members of the Demon Slayer corpse stepped in. That includes Giyuu too. But Tanjiro was so powerful and overwhelming, all the members got defeated by just his single blow.

Nezuko was still holding his brother and didn’t want him to suffer alone. Giyuu was shocked. He noticed that Nezuko is the nearest person Tanjiro for now and she is covered with blood. Still, he is not killing her. Even Giyuu agree this to be a miracle.

Later, Tanjiro used a demon tentacle in order to attack others. It seems he was invincible.

This is where Kanao stepped in and played a key role in order to bring Tanjiro’s human form. Although she had lost one of her eyesight. She remembered that her sister gave her one more drug which was made up of Wisteria Flowers. She used the Final form of flower breathing technique- Scarlet Spider Lily Eyes. In just a fraction of second, she injected drug in Tanjiro’s body. But Tanjiro stabbed her. This is where the chapter ends.

As the previous chapter of the Demon slayer was released on 12th April 2020. According to our sources, there is a week delay in the upcoming chapter which is Kimetsu no yaiba 203 due to COVID-19. It means that Demon Slayer chapter 203 is going to release on 26th April 2020.

The spoilers and leaks are the raw scans, that are being translated by the popular translators on the internet. But you may not worry, we will make sure to add the leaks and spoilers to the article, as soon as they’re out. You can put your opinions regarding Demon Slayer Manga’s chapter 203-in the comment section below. Furthermore, the spoilers, as well as the raw scans of Kimetsu No Chapter 203, are expected to be released on 24th April 2020.

Again previous chapter which was Demon Slayer Chapter 202 full of mixed emotions. On a side, the main objective of the story is complete- Death of Muzan and on aside, there were unbelievable causalities but the most shocking part is- “Tanjiro is a demon now”. But at the end of the chapter, Kanao injected a drug that will bring Tanjiro’s human form back. Is that so? Let’s find out-

As per our prediction-

Demon Slayer Chapter 203 Spoilers are out!
All the deceased Hashirama and his other fallen comrades help Tanjirou climb up and get past his demonic side.
Tanjirou will become a human again. Kanao is safe.

(I’m translating the scans, the translated spoilers will be out soon.)

So, in demon slayer chapter 203- Tanjiro will fight with others so that he could return in his normal human form. On a side, Muzan will force Tanjiro with his demonic power to stay in his demon form.

And on another side, all the members of the demon slayer corpse including deceased Hasiras, Tanjiro’s friends, and Nezuko will try to pull him on a brighter side of the world which is the human world. So, what do you think? what will happen in Kimetsu No Yaiba Chapter 203?

Tanjiro will be saved and return in his human form without any casualties, Furthermore, in demon slayer chapter 203, it will be revealed that Kanao survives and super happy to see Tanjiro’s human back.

As Tanjiro is back with his human form, this could be the end of the series. According to our sources, Demon Slayer will end on 11th May 2020. So, what do you think of Demon Slayer chapter 203?

Where To Read Demon Slayer Chapter 203?

All the chapters of Demon Slayer manga are available for free on Viz Media and Shueisha. You can read Kimetsu No Yaiba 203 there. Besides this, you can also buy the hard copy of the manga to support the creator.

The genre for Kimetsu no Yaiba are Action, Demons, Historical, Shounen and Supernatural. The Anime is well-known for its wonderful animation and a decent plot. As of now, the manga has aired a total of 202 chapters. Demon Slayer Manga Chapter 203 will be out soon. Moreover, the anime’s first season was a huge success, fans are now full of beans for Demon Slayer Season 2. Here is the official manga trailer for Demon Slayer –