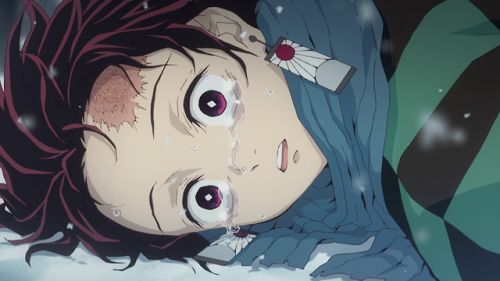 As we all know that on Demon Slayer is the world-famous franchise. The story is advancing towards its climax which means that fans’ expectations from the upcoming chapter which is Kimetsu No Yaiba Chapter 202 are really. So, Howdy guys, In this post we are going to be talking about Demon Slayer Chapter 202. We have included information regarding the release date and where to read it legally. Note:- This post may contain spoilers. If spoilers bother you, I suggest you stop here or skip to the release date section. From here, proceed with the utmost care-

The previous chapter of the demon slayer was quite dreadful. Let’s talk in detail-

The chapter starts with Muzana’s death which allows him to dive into his past memories. Chapter 201 displayed a time when he was born. It revealed that Muzan wasn’t even breathing when he born into this world. This is when his father put the assumption that he is dead. Muzan cried the first time during his inhumation process which was quite shocking.

In Muzan’s last moment, he recalls something Kagaya said to him- “All that lives must die. Only feelings are eternal and undying”.

Well not to forget- Muzan is adamant. As his cells are still processing, he refuses to give up now and decided to handover every piece of feelings, thoughts or better say everything to Tanjiro. That’s I mentioned this chapter to be dreadful at the beginning os this blog.

Anyway, this turned Tanjiro into a demon or its better to say- “NEXT SUCCESSOR OF MUZAN”. Not to mention, Tanjiro is able to perform sun breathing techniques which let him allow him to acquire his demon form in Sunlight too.

Tanjiro wakes him with thirst killing others. He wasn’t in control of himself. He just wanted to kill everyone. Even Giyuu ordered other Demon Slayer corpse that “Kill him before he kills someone else”. All the fellow units were shocked even the other 2 protagonists- Zenitsu and Inosuke.

Later, Inosuke got a clear chance to defeat Tanjiro but the bond of friendship appeared in front of his eyes. He murmured- “I can’t do it”. This is where chapters end.

As the previous chapter of the Demon slayer was released on 5th April 2020. As there is no delay in the schedule, it means that Demon Slayer chapter 202 is going to release on 12th April 2020.

You can put your opinions regarding Demon Slayer Manga’s chapter 202-in the comment section below. Furthermore, the spoilers of Kimetsu No Chapter 202 are expected to be released on 10th April 2020.

While you wait for Demon Slayer, make sure to read our recent on One Piece 977.

As we already mentioned above that previous chapter full of mixed emotions. On a side, the main objective of the story is complete- Death of Muzan and on aside, there were pessimistic causalities but the most shocking part is- “Tanjiro is a demon now”. So, there is no doubt that Demon Slayer Chapter 202 is going to be another breakdown as per our predictions-

Where To Read Demon Slayer Chapter 202?

All the chapters of Demon Slayer manga are available for free on Viz Media and Shueisha. You can read Kimetsu No Yaiba Chapter 202 there. Besides this, you can also buy the hard copy of the manga to support the creator.

The genre for Kimetsu no Yaiba are Action, Demons, Historical, Shounen and Supernatural. The Anime is well-known for its wonderful animation and a decent plot. As of now, the manga has aired a total of 200 chapters. Demon Slayer Manga Chapter 201 will be out soon. Moreover, the anime’s first season was a huge success, fans are now full of beans for Demon Slayer Season 2. Here is the official manga trailer for Demon Slayer –