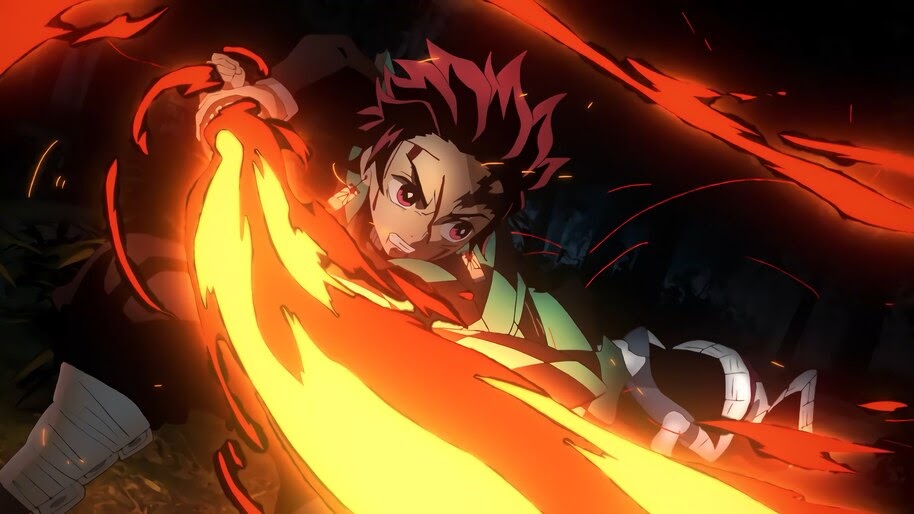 Currently, Demon Slayer is one of the most popular franchise and why not? The manga gave a tough competition to the veteran One Piece. Kimetsu no Yaiba did outsell the One Piece manga by more than 2 million copies. Recently, the franchise aired its 191st chapter, and fans are looking forward to Demon Slayer chapter 192. Moreover, the previous chapter marks the entry of Kamado Tanjirou. Readers are now looking forward to the finale; Tanjirou vs Muzan.

Kimetsu no Yaiba Chapter 191 left fans speechless, once again. The creator did an amazing job in describing the power levels, and how impossible it is to take down Muzan. Readers have been wondering the reason behind Why Muzan can’t be killed even if his head gets cut? Well, that’s because he’s got heart and brain in a numerous amount within his body. Moreover, his body keeps changing their positions automatically.

With the entry of Tanjirou and his “Hinokami Kagura: Beneficent Radiance”. Readers are wondering if Tanjiro has mastered the Sun breathing technique.

Before starting, please note that this article may contain spoilers from Demon Slayer chapter 192. If you are not into spoilers, then I suggest you may stop reading, to avoid getting spoiled.

Tanjirou is back but with his brains out (Literally). Moreover, there have been various trending theories on the internet. One of the theories claims Tanjirou completely awakening the power of Dance of the Fire God (with all forms) in Kimetsu no Yaiba chapter 192.

According to a popular theory – Muzan has not gotten serious yet. There must be a hidden card, Muzan is still hiding up his sleeves. Well, here comes a typical shounen plot reference. The creator will definitely stretch the final fight, in order to bring in some unexpected plot twists and power-ups. Demon Slayer Chapter 192 will finally cover up one of the most anticipated fights of the series – Muzan vs Tanjirou.

Moreover, the leaks for the episode are out. According to the leaks-

While Tanjiro was still unconscious-

While Tanjirou was unconscious, he got a flashback of the movements of Yoriichi’s hands and feet. And now he finally understood the mistakes he made. Yoriichi was a kind and simple person, so when Suyako told him she wanted to see his ways, he was good enough to show them to her. All those movements were recorded in Sumiyoshi’s eyes, as she looked at the techniques of Yoriichi.

The way Yoriichi moved was amazing, and when he held the sword, it felt that he was almost like a spirit. After a moment, however, Yoriichi became nervous because of the happiness shown by Suyako and the children. While parting ways, Yoriichi gave her earrings to Sumiyoshi, she said, “We will inherit it, you are not worthless! We will pass on both your sun breath and the earrings to future generations, it is a promise,” she screamed it loudly until she was out of breath.

Back in the future-

Tanjiro has regained consciousness and thanked Yoriichi for helping his ancestors, he also thanked him for letting Tamayo escape, as it was thanks to her that they were able to corner Muzan. Incredibly, the twelve forms of the sun worked well. And with respect to the 13th form, well, there is a peculiar name. So, Tanjiro remembers that the dance of the god of fire begins with a waltz and ends with a flaming waltz. Both forms have the same sound. Tanjiro comes to the conclusion that if he dances and repeats all twelve forms consecutively, then that would become the 13th form.

-I will be able to do what Yoriichi could not,” Tanjiro thought. I will set my heart on fire and I will not lose, nor will I give up. The tentacles of Muzan fight against the blade of Tanjiro. And, as he is cornered, he remembers the figure of Yoriichi. -Your ghost! -exclaimed Muzan.

Muzan generates eight more tentacles and intensifies his attack, managing to connect a blow to Tanjiro. -Sun breath, waltz, angry sun, wheel of fire -Tanjiro prepares to perform all 12 forms consecutively. Muzan attacks harder and pushes back Tanjiro. -Of course, he did it this way, didn’t he, Yoriichi-san? Let us connect them, now comes the twelve forms.

After the leaks, readers are all the more excited for Demon Slayer chapter 192.

The release date for Kimetsu no Yaiba Chapter 192 is set for Sunday, 2 February 2020. All the leaks and spoilers for the chapter will be out a day before the official airdate. Moreover, other important details will be out on 1st Feb.

Updates of Delay: There is no delay in this chapter, readers can expect the beginning of the final fight of Muzan and Tanjirou. The chapter will air on the same date as above.

You can read Demon Slayer Chapter 192 and All other chapters of Demon Slayer on Viz Media and Shueisha. Besides this, you can also buy the hard copy of the manga to support the creator. We highly condemn the use of reading manga on an unofficial website.

Also, read Demon Slayer Season 2 – Everything You Need to Know.

The genre for Kimetsu no Yaiba are Action, Demons, Historical, Shounen and Supernatural. The Anime is well-known for its wonderful animation and a decent plot. As of now, the manga has aired a total of 191 chapters. Demon Slayer Chapter 192 will be out next week.